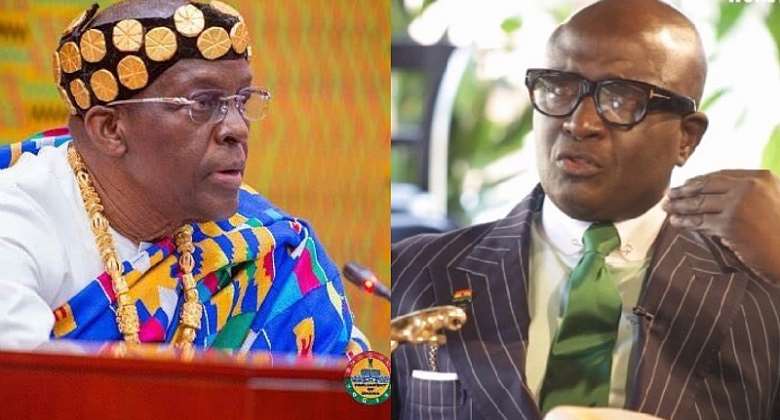 Kwasi Kyei Darkwah, popularly known as KKD, a veteran Ghanaian broadcaster has taken a swipe at Finance Minister Ken Ofori-Atta and Parliamentarians for their "wickedness."

According to him, Ken Ofori-Atta’s Databank is the sole transaction advisor for all loans Ghana takes.

This KKD bemoaned while speaking on Accra-based GTV, monitored by Modernghana News that the Minister, through his company, has been receiving commissions from loans Ghana takes, making him richer.

He chastised parliament for failing to hold Ofori-Atta to reverse the trend.

“Parliament, you must be ashamed of yourself. You have failed the people of Ghana because I don't think from the time of Nkrumah to date, whoever is the minister for finance should be benefiting every time our country goes to borrow money. Is that what happened?" he questioned.

He continued, “parliament thinks it is okay? So whoever wins the next election will also set up their own companies and be the transactional advisors when we go and take a loan. What is wrong with us as a people? So the person's motive for even going for a loan for me now is not clear because every time we take a loan their company makes money. Does this make sense to us as a people?”

Watch him speaking below: