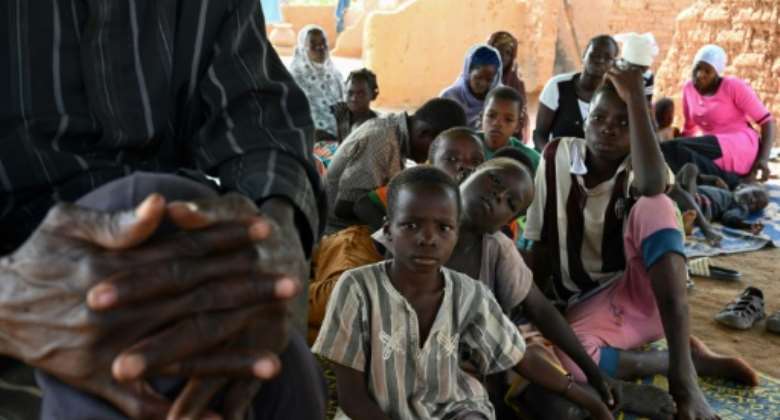 Burkina Faso's government on Thursday lashed calls on social media to attack the country's Fulani minority, describing them as a campaign for "ethnic cleansing" similar to the Rwanda genocide.

"These are extremely grave words," government spokesman Lionel Bilgo said in a statement approved by the cabinet.

The messages "can only bear comparison with the abuses of Radio Mille Collines which led to the Rwanda genocide, one of humanity's worst tragedies and from which we should learn to draw the lessons," he said.

Bilgo said the postings amounted to "active and direct calls for murder, mass killings, ethnic cleansing and sedition -- the tone and words used send shivers down the spine."

The country had to act "firmly and resolutely" against "speech that is hateful, subversive, dangerous and unacceptable in a country as rich and diversified as Burkina Faso," he said.

The audio postings coincide with a jihadist insurgency that has ravaged the impoverished Sahel state.

Thousands of people have died and nearly two million have fled their homes since armed Islamists, based in neighbouring Mali, started mounting cross-border attacks in 2015.

Some of the jihadist recruits are Fulani, also called Peuls, stirring "terrorist" accusations against the group and fuelling tensions in the ethnically diverse country. Similar accusations also circulated in Mali.

On January 1, 2019, unidentified assailants attacked the village of Yirgou in northern Burkina Faso, killing six people, including the village elder.

The attack triggered immediate reprisals against Fulani that led to 50 dead, according to the official toll, while civil society groups say fatalities numbered at least 146.

In an opinion piece published on Tuesday, former foreign minister Alpha Barry warned that the anti-Fulani postings amounted to "the risk of a genuine civil war."

He called on politicians, religious and traditional leaders and intellectuals "to go out and talk to people, work hard to encourage cohesion and community life, which are what hold our nation together."

Barry served under former president Roch Marc Christian Kabore, who was overthrown in January by colonels angered at his failure to end the jihadist crisis.