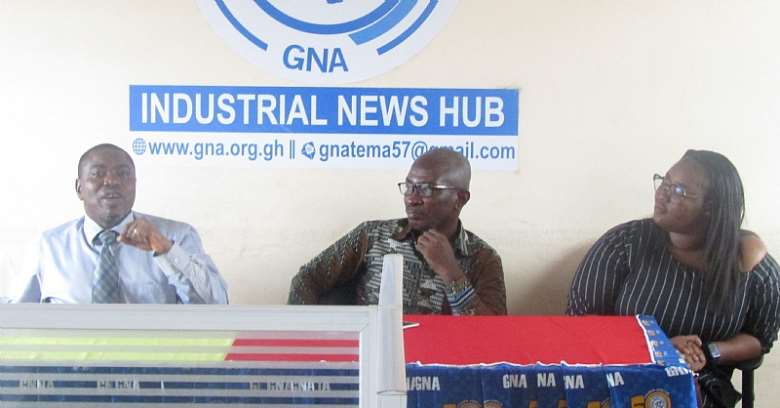 “It is discriminatory that a woman can die and then the man can have all her properties without family interference, while when the man dies, no matter the class of the woman, she will have to suffer at the hands of family members,” Mr. John Ato Breboh, Senior Principal Investigator, Tema Regional Office of the Commission on Human Rights and Administrative Justice (CHRAJ) has stated.

He said to cure such anomalies, the PNDC Law 111 of 1985 which was currently under review, put in place a mechanism to satisfy all relatives of the deceased, adding that the law gave a larger portion of the properties to the spouse and children.

Mr. Breboh said in accordance with the law, the matrimonial home, car, and properties inside the house that the spouse and the deceased were living in automatically belong to the widow or widower.

According to him, all other properties aside from the matrimonial one would then be shared into 16 equal parts, out of which nine parts would be shared among all the children of the deceased and three of it would go to the spouse.

He said the law has made provision for the sharing of the properties of a deceased person, therefore the practice of families taking over such properties at the detriment of the spouse and children was illegal and punishable by law.

He advised people whose spouses die without a will to take advantage of the Interstate Succession Law and seek redress at the law courts.

He said even though the law has been in existence since 1985, most spouses especially women were being kicked out of their homes by family members.

Mr Breboh urged aggrieved bereaved spouses and children seeking redress to contact the CHRAJ offices in their districts for directions on what to do, stating that it was unfortunate that most of such women have lost hope and trust in the system and therefore do not want to pursue such issues.

The Principal Senior Investigator of CHRAJ further said the remaining four parts would be shared two each among the deceased parents and extended family.

He explained that if the deceased was survived only by a spouse without children, he or she was entitled to 50 percent of the properties while the remaining half would be shared equally by the family and parents.

The Interstate Succession Law, he stated also provided that if a person died intestate without a spouse, his or her children would take 12 portions out of the 16 equal parts and the remaining four portions shared for the parents and family.

“If one dies without children and spouse, the parents and family will take 50 percent each of his or her properties, if they die without a family, spouse, parents or children, everything goes to the state,” he stated.

He advised family heads to desist from arbitrary sharing of properties of people without recourse to the law and the acquisition of a Letter of Administration from the court as that amount to an illegality.