“I support Akufo Addo's candidate? Like I'll recommend Satan to God to save mankind, 'moyale'; don't vote Bawumia — A Plus to NPP delegates 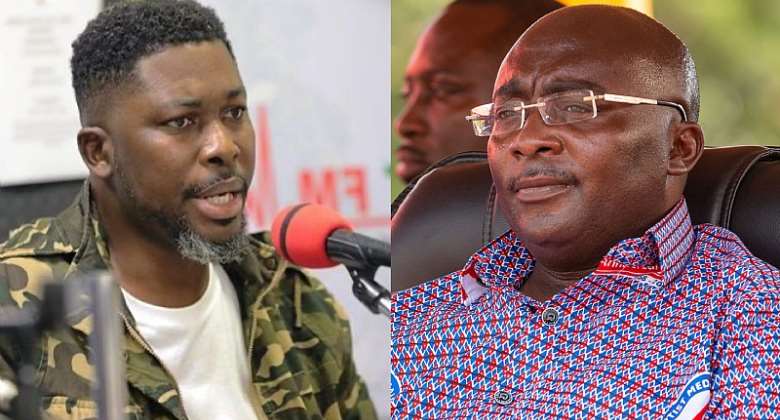 Kwame A Plus, a seasoned highlife artiste and pro-NPP activist known in private as Kwame Asare Obeng has warned delegates of the New Patriotic Party (NPP) to be careful of voting Vice President Dr. Mahamudu Bawumia to become flagbearer of the party.

According to A Plus, replacing President Akufo-Addo with his Vice, Dr. Mahamadu Bawumia, is another way of extending the President's tenure from eight years to 16 years.

In a Facebook post on Tuesday, August 16, spotted by Modernghana News, the controversial entertainer told the NPP delegates never to vote for Dr. Bawumia to lead the party in 2024.

“Never vote for the incumbent President's choice to succeed him. It's a Covid-19 protocol to leave power but work from home. I'm referring to Akufo Addo and Bawumia!!! Nobody is afraid of any oluman!!!” he said.

A Plus has taken swipe at comments by Bawumia's supporters that suggest he is not relevant to their course.

“Kwame A Plus is nobody. He is not relevant yet you are desperately waiting for my endorsement to make your candidate president. If not that I'm a graduate eerrh, like I'll say MMT paaa mboa!!!

“I support Akufo Addo's candidate? Like I'll recommend Satan to God to save mankind #Moyale,” A Plus jabs.