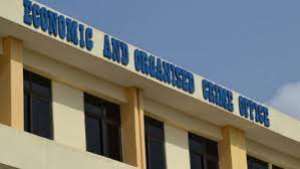 The Economic and Organised Crime Office (EOCO) has prepared and forwarded dockets on 13 defunct Specialised Deposit Taking Institutions (SDI) to the office of the Attorney General for advice and prosecution.

This follows the outcome of investigations conducted by the anti-graft body, which established that the SDI were engaged in issues of hidden assets, related party transactions and untraceable investments.

A preliminary assessment of the financial position of the defunct SDI by the Receiver, Mr. Eric Nipah, showed a mismatch in the assets and liabilities as reported by the institutions.

“In addition, there were transactions that required further investigation to determine their legitimacy,” the Bank of Ghana (BoG) said in an update on the matter.

On August 16, 2019, BoG completed the clean-up of the banking, SDI, and non-bank financial institutions (NBFI) sectors, which began in August 2017.

The decision of the Central Bank was based on the insolvency of the institutions, which the bank indicated had no reasonable prospects of recovery and that their continued existence posed severe risks to the stability of the financial system.