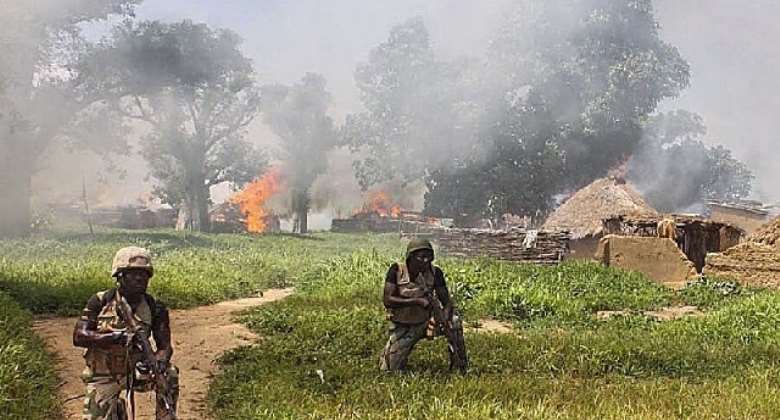 Security and Foreign Policy Analyst, Adib Sani has called for immediate and concrete action to bring lasting peace to Bawku.

Renewed clashes in the area between the Mamprusis and Kusasis has so far led to the death of four persons.

The incident occurred on Tuesday, August 16, 2022 around the Bawku Senior High School where some unknown assailants allegedly attacked the deceased persons, together with some other individuals who were returning from Bolgatanga in a commercial vehicle.

Fatawu Ibrahim, Bunyaminu Adam and Ibrahim Abdulai were shot dead whilst the driver of the vehicle they were onboard, sustained gunshot wounds.

One other passenger who was also attacked, managed to escape.

Reprisal attacks from the opposing faction in the early hours of August 17, 2022, further led to the death of one more individual, bringing the number of deaths recorded so far to four.

Speaking on Accra-based Class 91.3 FM’s 505 evening news programme with host Korku Lumor, Adib Saani said the seeming neglect of the security agencies on the current happenings in the area is worrying.

“The driver of the vehicle who escaped with a bullet injury is an acquaintance. Twenty-four hours after the incident, no police officer has spoken to him. It almost feels like we have lost it with Bawku, we have given up on Bawku,” he remarked.

“Anyone can be targeted by anyone and get away with it. There is a cycle of impunity in that area and we don’t seem to be making any attempt to deal with it,” he bemoaned.

“The situation in the area is so complex to the extent that, I believe it is more complex than the Israeli and Palestinian issue, because it is almost impossible to agree on a solution which will appeal to the two sides at the same time,” he explained.

“Things seem to be getting out of control. Almost all night, there were gun fire from all over, and people are helpless. There are some parts of Bawku [that] no police officer can go and effect arrest. It is gradually becoming a lawless area,” he revealed.

“People have locked their family homes and left town. There is a growing sense of food insecurity in the area. So, it is a problem,” he added.

He stressed that if the situation is not contained, terrorist elements may exploit the growing tension in the area to establish their presence.

“My biggest issue with all of this, is the possibility of terrorist elements taking advantage of the situation to establish a foot hold [in the area],” he noted.

“It is becoming scarier and murkier by the day. A common comment on social media, can land you and your family in trouble,” he continued.

“They go to lorry parks and identify individuals they are looking for, who are about to board vehicles, and kill. You can easily be caught up in the cross fire, even if you have nothing to do with either side,” the Security and Foreign Policy Analyst added.

He is, therefore, calling on security agencies and the government to quickly work at controlling the proliferation of small arms in the area, as well as contain the situation in Bawku, because the implications of the rising tension in the area, will be dire for the security of the entire country.

Where are DISECs in this whole galamsey brouhaha – Otumfuo q...
40 minutes ago

Akufo-Addo announces plan to establish Tourism and hospitali...
40 minutes ago