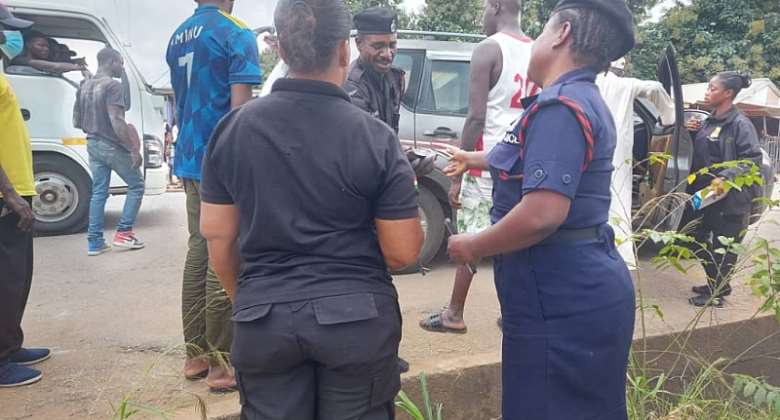 An accident that occurred at Asokore Mampong in the Ashanti Region has led to the death of two persons.

The accident at Asokore Mampong occurred when the driver of a Kia Rhino vehicle with registration AS 1284-15 knocked down a woman and her son.

The deceased woman who is yet to be identified at the time was carrying her toddler son on her back.

They were at the roadside waiting to board a vehicle on the Buaban stretch of the Kenyase Road after visiting the hospital.

Information gathered indicates that the driver lost control of the steering of his vehicle filled with bags of sachet water, and run over the victims.

Sadly, both the mother and the son died on the spot.

The woman was in the possession of cassava, three fingers of plantain, and other items, giving the indication that perhaps she was heading home to prepare some fufu.

After a report of the incident to the Police, the bodies of the mother and the son have been conveyed to the mortuary for preservation.

Meanwhile, efforts are being made to trace relatives of the deceased.