Ahafo receives its share of investments in education — Regional Minister 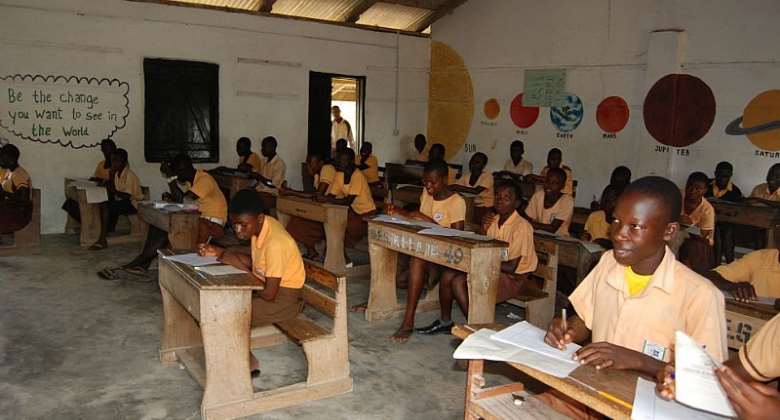 The education in Ahafo Region is improving steadily despite being a relatively very young Region.

Ahafo Region over the last three years has witnessed tremendous improvement in the educational sector, including the upgrading of infrastructure and provision of other amenities and structures.

This has improved accessibility and quality of education thereby impacting positively on the lives of the people.

The outcome positioned the region first in the Maiden National Standardized Test (NST) for Primary 4 (P4) learners nationwide in literacy and numeracy in 2021.

The Ahafo Regional Minister, Mr George Yaw Boakye, who disclosed this at a press briefing on Wednesday in Accra said the results of the NST, in which almost 390,000 P4 pupils from 14,883 public schools participated, showed that the region, together with the Western and Western North Regions emerged as a strong base for lower primary education.

He noted that President Akufo-Addo honoured four BECE candidates from the region for their outstanding performance in the 2020 Examination during the Presidential Awards in March 2022.

According to the Minister, the government with funding from the Ghana Education Trust Fund (GETFUND) in 2020 commenced the construction of a New Senior High School (Science and Technology) at Akrodie and the project has far advanced and would soon be operational.

“Again, the government through the Ministry of Education (MoE) has invested in the establishment of State of the Art Technical and Vocational Education Training Centre at Kenyasi in the Asutifi North District. The Contractor, M/s Planet One Ltd has mobilized to the site and work has started.

“Furthermore, to provide access to Tertiary Education to the citizens in Science, Technology, Engineering and Mathematics, a proposed University for Ahafo has been initiated. So far, the site has been acquired through the generosity of the Omanhene of Goaso. The MoE is in the process of finalizing the necessary arrangements for the project to commence,” he added

Mr Boakye further highlighted the various infrastructural projects undertaken over the period in the region including, the construction of classroom blocks, dormitory blocks, assembly halls, administration blocks and Teachers’ Quarters and Dining Halls.

Arrest, prosecute galamsey kingpins irrespective of their s...
42 minutes ago