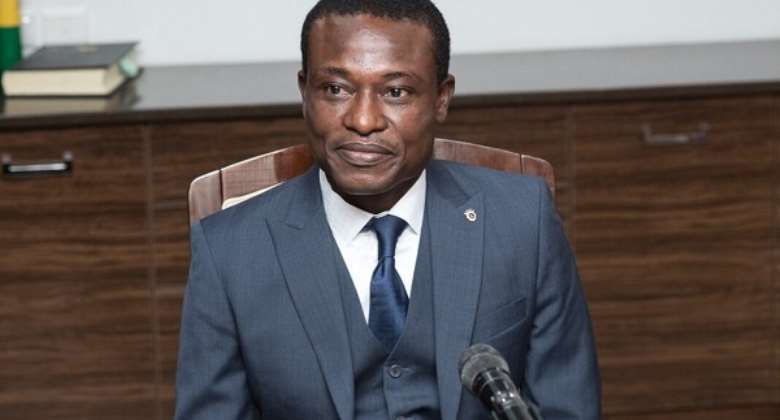 The Office of the Special Prosecutor was a well-intended vision and creation by the visionary President Nana Addo Dankwa Akufo-Addo to nail in the coffin the devastating official corruption that Ghana is beset with.

You and I know that the intensification of corruption as masterminded and perpetrated with impunity by Ghanaians, especially the politicians and those in higher positions in the public service, is the bane of the country’s economic emancipation. Therefore, the dream by then presidential-candidate Nana Akufo-Addo to create the Office of the Special Prosecutor were he elected the president of Ghana, was a very good intention, a thought-out plan and very appreciative of him.

As good intentions alone cannot bring about the world peace, he ensured that his intention was translated into practicality. The Office of the Special Prosecutor was created.

However, the people appointed to the office as Special Prosecutors have sabotaged the president’s good intention to curtail, if not rid Ghana of, official corruption.

Little did many a discerning Ghanaian, except Kennedy Agyapong (Hon), knew that Martin Amidu, the first to be appointed a Special Prosecutor, was going to be a saboteur with his own secret political agenda.

He was a complete wolf in a lamb’s skin befitting the description of US Vice Presidential-candidate Sarah Palin by Barack Obama when he said during his campaign trail, “you can put lipstick on a pig, but it’s still a pig”.

A crook or a saboteur will still remain who they are no matter what. That was Martin Amidu. After all his inability to prosecute “anomaaba” (a bird’s chick), spending almost three years in the post, loquacious as he was, he was only to resign his post on the most stupid reason unimaginable.

He used a risk assessment on the “Agyapa transaction deal” to inform Ghanaians of President Nana Akufo-Addo and his NPP government using “Agyapa” to cause gargantuan “create, loot and share” corruption to enrich themselves and their families and friends. How was that possible?

Again, he resigned at a critical time in NPP’s attempt to seek re-election. He had calculated to do a lot of harm to both the president and his party with the motive of causing them public disaffection to cost them their re-election.

Let me leave Martin Amidu here as I have already published my candid views on his actions and resignation as the Special Prosecutor.

This article is intended for the public to know whether the present Special Prosecutor, Kissi Agyaben, can do the job in conformity to the president’s vision.

For the public knowledge, Kissi Agyaben may not be far from being a caricature of Martin Amidu in character and intent. He is also a talkative like Martin Amidu by my observations of him.

A family friend who frequents the same church with his mother in Tema, had for almost a year ago, informed my wife that Kissi Agyaben cannot successfully prosecute any member of the NDC. The person said his mother has always been saying the NDC will kill him should he prosecute and imprison any of them.

The way the woman prays, cries and talks, all can see that she has been exerting undue pressure on the son not to prosecute any of the NDC guys.

Kissi has been in the job for more than a year but we can only hear him talk and make attempts to go after the small fishes, leaving out the big fishes to swim freely, doing gymnastics like the dolphins, in that vast ocean of official corruption. I think you know what I mean.

These two persons have not only disappointed the president by causing the failure or non-materialisation of his dream to successfully fight official corruption in Ghana, but have failed Ghanaians.

I challenge Kissi Agyaben to prove me wrong and a liar by going after the big corrupt NDC officials, and then NPP ones.

He must go and read my recent article on why I shall in any day any time go for Kennedy Agyapong, and especially, the attached video on how Singapore has become that successful.

If Kissi Agyaben does not live up to expectation, blame not only him but his mum. Instead of the mum pressuring him to not prosecute any member of the NDC for the fear of getting killed, she had better ask her son to resign his post.

Why should he be in office drawing salary knowing that he cannot effectively do the job for which he is being paid for?

If he really means business, he should go the Singapore way. Catch just two or three massive fishes and the problem is solved! All the other big fishes and small ones will disappear a natural disappearance, if anything of the sort does exist!