By Abel Esterhuyse - The Conversation
Article 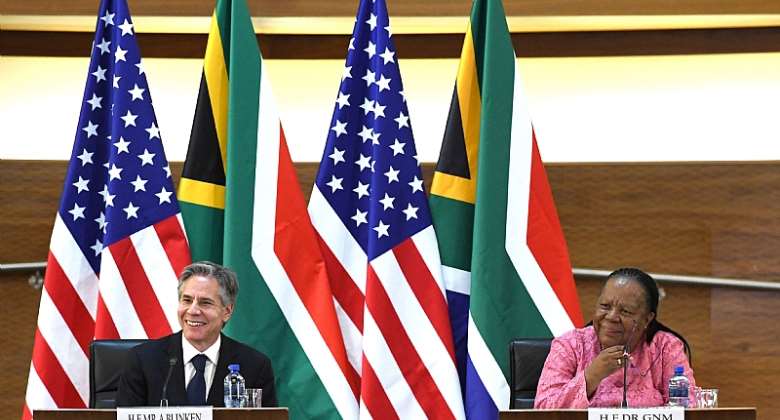 South Africa's international relations department published a document on 1 August setting out the country's new foreign policy. The outline of South Africa's national interests is an important paper that sets out how the country will relate to the rest of the world for some time to come.

The title of the document is: Framework on South Africa's National Interest and its Advancement in a Global Environment.

Governments are often cautious, for various reasons, about communicating their national interests. This is a first effort by the Department of International Relations and Cooperation to contextualise South Africa's national interests.

But the document falls short in key respects.

The first flaw is its title. It speaks of the national “interest” rather than interests (plural) – but in international relations there isn't just one.

It's also unclear what practical purpose its drafters envisaged it serving, or who its intended audience is. It's unclear if it is to guide government policy, direct South African investment, or inform the country's allies and friends.

That's not to say that the document has no value. It will be used extensively in future debate and analysis of South African foreign policy. And it may be a guideline for policy.

Three general points ought to be made.

Firstly, the document doesn't have a geographical outline of South Africa's interests. The business sector will be looking for the importance of specific geographical regions.

Reading between the lines, Africa seems to be a critically important region for South Africa. But the country, traditionally, has important export interests in Europe. It is the EU's largest trading partner in Africa. The EU, excluding the UK, accounts for 22% of South African trade. Trade with the rest of Africa constitutes 16% .

More recently the BRICS bloc – Brazil, Russia, India, and China – has become important for South Africa's national interests. Trade with BRICS constitutes 59% of the country's imports and 41% of its exports; 94% of this trade is done with China and India and only 2% with Russia .

The war in Ukraine has highlighted the importance of a clear articulation of South African national interests in geographical terms. A lot has recently been said about Pretoria's diplomatic support for Russia; and the dichotomy between South African support for the Palestinians as the victims, but not for Ukraine. This raises a question as to the guiding principles of human rights in South Africa's foreign policy .

Also, how is South Africa's position on Israel and Russian aligned with its bigger material interests in the Middle East, Asia, and Europe; specifically in terms of trade?

In short, the outline of the interests is superficial and insignificant. It's not clear how these interests are to define and direct South Africa's foreign policy.

The focus seems to be on domestic interests – public interests. A better Africa and world is the only interest that is defined within the context of foreign policy .

What are the things South Africa would be willing to deploy its military to protect and defend if threatened? Is the flow of water from Lesotho of vital interest to South Africa; and to the extent that it will use military force to protect the access? When is illegal immigration a threat to vital interests, how will citizens know and who is to decide? These questions are left unanswered.

Thirdly, the outline of the national interest, without the “s”, raises questions as to why government appears reluctant to be explicit. This, at a time where direction is urgently needed in an international order that is increasingly complex.

Domestic and historical realities – the eradication of the legacy of apartheid and overcoming the triple challenges of inequality , unemployment and poverty – seem to be the key drivers, rather than the

The document seems to express the ideological orientation of the ruling elite, more than material interests that ought to drive good governance. It is more of a policy document than a guideline for the practice of diplomacy, military statecraft and trade.

The document's objective seems to be to outline how to think about South African national interests, rather than to specify what those interests are.

The objectives outlined in the document are to:

propose a definition of South Africa's national interest and its elements

propose the means for the pursuit of South Africa's national interest

reflect on the current and potential future global environment

The discussion of who is responsible for implementing the country's foreign policy is limited to generic realities. It emphasises the responsibility of the Department of International Relations and Cooperation .

It's not clear what part South Africa's diplomats, military and business community can play in pursuing its national interests.

These questions are not answered.

Abel Esterhuyse does not work for, consult, own shares in or receive funding from any company or organisation that would benefit from this article, and has disclosed no relevant affiliations beyond their academic appointment.

Let's go on our knees and pray for Akufo-Addo for God's inte...
12 minutes ago

NDC race: I will retain my seat and help bring Mahama back t...
22 minutes ago