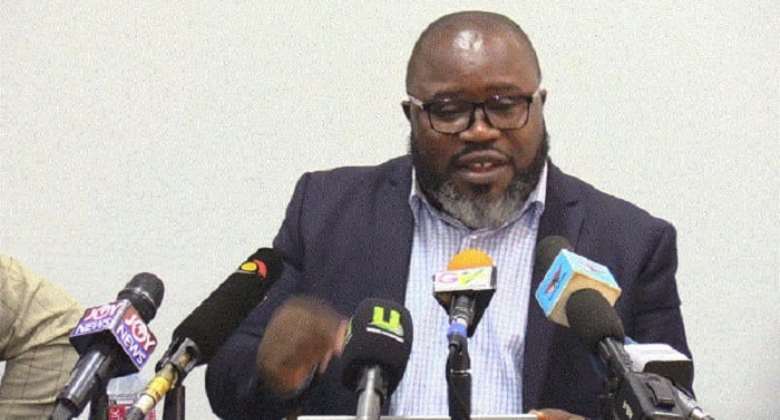 Executive Director of Education Watch, Mr Kofi Asare has asked the President to heed the advise of the Presbyterian Church to review the free Senior High School (SHS) Policy.

In his view, there is no need to continue spending close to ¢1.5billionon feeding school children, some of whom are not poor and can afford their own feeding.

Mr Asare said these on the Ghana Tonight Show with Alfred Ocansey on TV3 Wednesday August 17 when he was reacting to a comment by the Minister of Education Dr Yaw Osei Adutwum that the programme will not be cancelled by the President.

He said the opportunity that the programme has given to less privileged children in Ghana will not be taken away from them by cancelling the the policy.

“When we talk about free senior high school, some of us who have been privileged, we look at it through different lenses. When you go to my villages in Bosomtwe, look at the opportunity this has presented to them.

“They are sitting on edge thinking the opportunity is going to be taken away away from them. I want to assure the people of this country that their opportunity will not be taken away from them, the president is fully committed to the implementation of of free SHS,” the Bosomtwe lawmaker also told Alfred Ocansey on the Ghana Tonight show.

Reacting to his comments , Mr Kofi Aare said “His Excellency the President made the point two weeks ago that the free SHS policy is not going to be cancelled but he didn’t say it wasn’t going to be reviewed. In any case, no one has said that it should be cancelled, so I thought that his comments should have addressed the issue of review.

“The free SHS is not your regular education programme, it is not the free compulsory universal basic education policy, it is a political promise.

“It is a policy which is driven from the seat of government, not the Ministry of Education. So every form of review of that programme will have to be initiated, if not sanctioned, from the Presidency and only the President can do that fiat. So I can understand why the Minister is powerless even though I know that being an experienced educationist, exposed to global standards, I know the Minister will agree with us that given the circumstances we find ourselves in, the best way to spend limited resources is not to spend close to ¢1.5billion feeding children, some of whom are not poor.

“We can only hope that His Excellency, based on the appeal that the Presby Church made to him last Sunday in Abetifi, he will review some of the items that government is paying.”

The Presbyterian Church of Ghana for instance, called on the government to shed some of the costs because “several” parents ready and willing to contribute to their wards' education.

Despite lauding President Nana Addo Dankwa Akufo-Addo for his resolve to keep the Programme even in the face of an impending bailout from the International Monetary Fund (IMF), the Church said it is obvious there are huge budget deficits, making it difficult for government to meet all demands under the Programme.

“Your Excellency, the Presbyterian Church of Ghana is of the strong opinion that the state can shed off some of these costs for those who are capable of bearing them to do so because, there are several parents who are capable and willing to contribute to the education of their children.”

This was contained in a communique issued after the 22nd General Assembly of the Church.

The 22nd General Assembly was held between Wednesday, August 10 and Sunday, August 14 on the theme: 'Christ in you, the Hope of Glory'.

The Church raised a number of issues of concern, among which bordered on corruption, economic hardships, perceived miscarriage of justice in the courts and, other perceived or real deficits in the management of the state.

It was full of praise for the government in introducing a pro-poor policy like the Free SHS.

“For the government to have sacrificed many developmental needs to ensure that every child, without regard to economic background, is able to access secondary education is indeed laudable.”

It assured of its commitment to the development of the country.

“The Presbyterian Church of Ghana is committed to contributing its quota to the development of the nation,” the General Assembly assured.

“We resolve to cooperate with the state in achieving the common aspirations of our people.

“We pledge our holistic support for any noble effort geared towards promoting peace, stability, and prosperity in the country.”

Galamsey fight: Godfathers have disowned their child but wil...
44 minutes ago