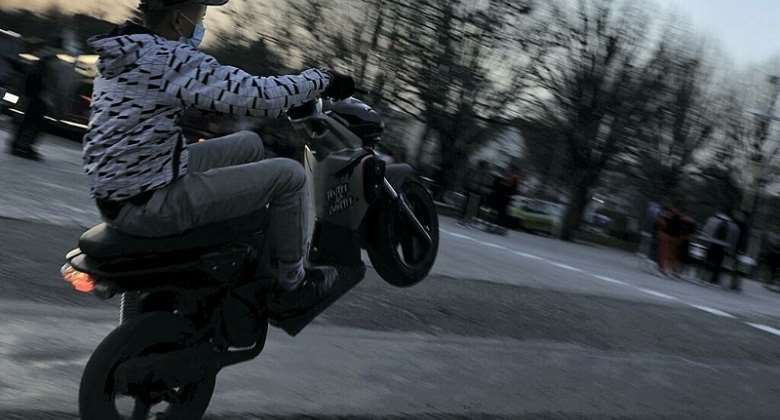 France's Interior Minister, Gérald Darmanin, says police operations to end "urban rodeos" – or illegal motorbike cruising – have been ramped up this week following the death of a teenager in Marseille.

The latest death took place on Tuesday night when a 19-year-old lost control of his motorbike and crashed into a pole.

The teen, who was wearing a helmet, performed a backwards cartwheel in front of a friend on his new 650cc motorbike. He lost his balance, hit the pavement and then a pole.

On 8 August, Darmanin announced he was stepping up operations across France against people who carry out urban rodeos – acts that "often cause death and serious injury".

Posting on Twitter this week, Darmanin said that since then, more than 150 scooters and motorbikes had been seized in nearly 3,000 police and gendarmerie operations.

From Wednesday "each police station will carry out at least three anti-rodeo operations per day," he added.

The minister first announced the clampdown on motorbike stunts after a girl was seriously injured in the Val d'Oise department in early August.

The seven-year-old suffered a major head injury during an urban rodeo in Pontoise, when she was hit by an 18-year-old biker who subsequently handed himself into police and has been sent to jail.

The girl emerged from a coma on Monday. Her family says it will take legal action against the state for failing to prevent the incident.

A 2018 law against motorised rodeos allows for penalties of up to five years in prison.