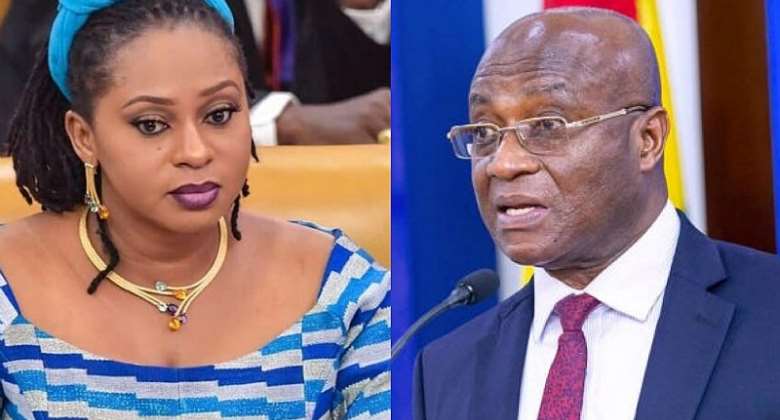 Osei Kyei Mensah Bonsu, the Majority Leader in Parliament and Minister for Parliamentary Affairs, has expressed surprise at Adwoa Safo's decision to return to Parliament after her dismissal as Gender Minister.

The Dome-Kwabenya MP, Sarah Adwoa Safo on Tuesday, August 16 issued a letter to the President in response to her dismissal as Minister for Gender, Children and Social Protection.

The legislator stated in the said letter that her dismissal will allow her to focus on her parliamentary duties to her 175,000 Dome-Kwanenya constituents and also help the “NPP break the 8.”

“Cognizant of my duties to the 75,000 constituents who elected me, this development is opportune and will afford me more time to concentrate on my Parliamentary responsibilities and Constituency engagements as well as consolidate the gains we have made as a government at the Constituency level in our quest to break the eight,” Adwoa Safo said.

In reaction, the Suame MP, who has always pushed for her seat to be declared vacant, stated that he cannot understand why Adwoa Safo is returning to Parliament when the same reason didn't bring her back when the issue of her long absence was getting out of hand.

Speaking in a phone interview with the Accra-based Okay FM’s “Adi Akye Abia” morning show on Wednesday, August 17, he said, “Adwoa Sarfo has spoken. The beginning of this is that she said this situation will allow her to do her parliamentary duties with all her might.”

He continues “she abandoned her post and did no work at all. So if you say you are now coming to do your work as an MP, then why were you not coming to work all these while after the calls we made to reach you? This is what I don't quite understand.”

Bawku Conflict : NMC cautions against "weaponization" of med...
35 minutes ago