Our foodstuffs are getting rotten; we need investors—Ahafo Regional Minister 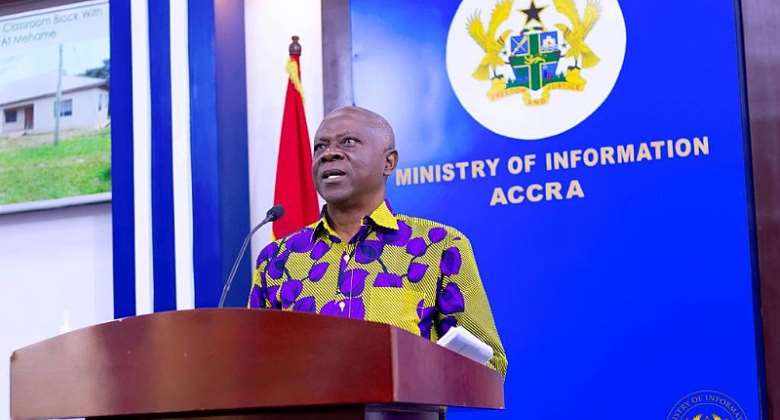 Mr George Boakye, the Ahafo Regional Minister has said, “Today is Wednesday. Go to Goaso Market and see. Some of the foodstuffs will be left in the market to go rotten. We are sitting on money and we need investors to come and help us unearth this money.”

He decried the challenges faced by farmers in the Ahafo Region when he took his turn at the Minister's Press Briefing in Accra Wednesday.

The Ahafo Region has been touted the “food basket” of the country because of the huge volumes of foodstuffs (such as maize, plantain and other staple crops) that are produced in the region.

Mr Boakye said one of the main challenges confronting farmers in the region was the non-availability of buyers.

“We are in the food season now. We have a lot of plantain getting rotten whereas you can add value to some of these (foods) and export them outside to earn the needed foreign exchange.

“I'm here appealing to Ghanaians that anybody who is willing to invest in plantain industry to come to Ahafo; not only plantain but in food, we have plenty food now,” Mr Boakye said.

Touching on other challenges affecting farmers, the Minister said: “Most of the farms are in the villages and access to most of these farms is very difficult because of the nature of some of the roads that we have.”

The Minister highlighted a number of projects undertaken by the Government in the governance, education, and health sectors since the creation of the Ahafo Region in 2019.

Under education, Mr Boakye said a total of 42,725 students had been enrolled in 22 schools under the Free Senior High School Programme.

He said the Government with funding from GET Fund in 2020 commenced the construction of a new Senior High School (Science and Technology) at Akrodie and the project “has far advanced.”

Mr Boakye said the Ahafo Region has also been selected for the construction of Science Technology Engineering and Mathematics (STEM) University to enhance access to tertiary education in the region.

“So far the site has been acquired through the generosity of the Omanhene of Goaso. The Ministry of Education is in the process of finalising the necessary arrangements for the project to commence,” he said.

The Ahafo Region is one of the six Administrative Regions created on February 13, 2019 by Constitutional Instrument (C.I) 114 and has Goaso as its capital.