Chieftaincy not ungodly institution, but avenue for society’s progress — Chief 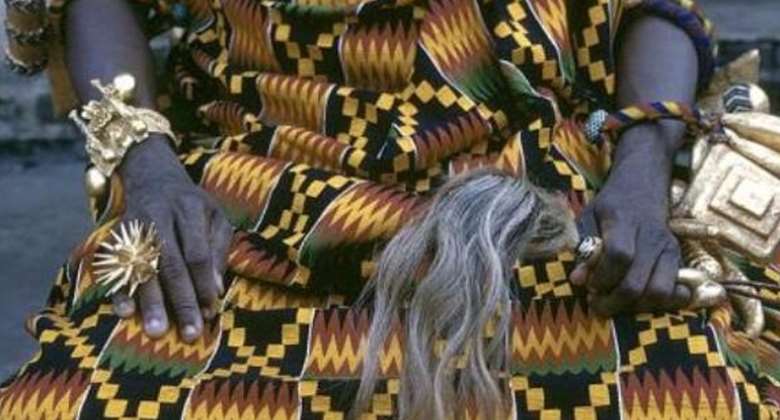 Nana Addei Kuntuma IV, the Chief of Koase in Sunyani, says the perception of a section of society about chieftaincy as an ungodly institution is wrong.

He said it was rather an avenue to lead a group of people to champion a cause of development for their general well-being.

Nana Kuntuma IV refuted the claim that chieftaincy was about idol worshipping, saying ”Chieftaincy had its roots from the Bible because most great kings can be traced from the Bible and Jesus Christ is referred to as “King of Kings”.

So the kingship being enjoyed on earth was offered to humankind out of the sovereign rule of God, he emphasised.

Nana Kuntuma IV, also the 'Nifahene' (chief of Right Wing Division) of Sunyani Traditional Area, was speaking in an interview with the Ghana News Agency in Sunyani after the enstoolment and outdooring of 24 sub-chiefs and queen-mothers of the Division on Monday in Sunyani.

He, therefore, encouraged royals who might at a point be proposed by their family heads and stool elders to become chiefs to wholeheartedly accept such proposals to lead their people, saying the onus lied on the individual to rule with the fear of God for divine direction to impact positively on the lives of the people.

Earlier, advising the chiefs and queen-mothers, Nana Kuntuma IV said chieftaincy was not about wearing expensive clothes, but an opportunity to serve the people and consequently required transparent administration coupled with the greatest degree of humility, patience and independent-mindedness to address matters objectively to take right decisions to benefit the people.

He told them to always listen to the plight of the people and find possible ways to help them out as leaders, saying they must be committed to the interest of the people and always be at peace with the elders and members of their royal families.

Where are DISECs in this whole galamsey brouhaha – Otumfuo q...
50 minutes ago

Akufo-Addo announces plan to establish Tourism and hospitali...
50 minutes ago