A lucrative new African football league is coming: the pros and cons

By Chuka Onwumechili - The Conversation
Article 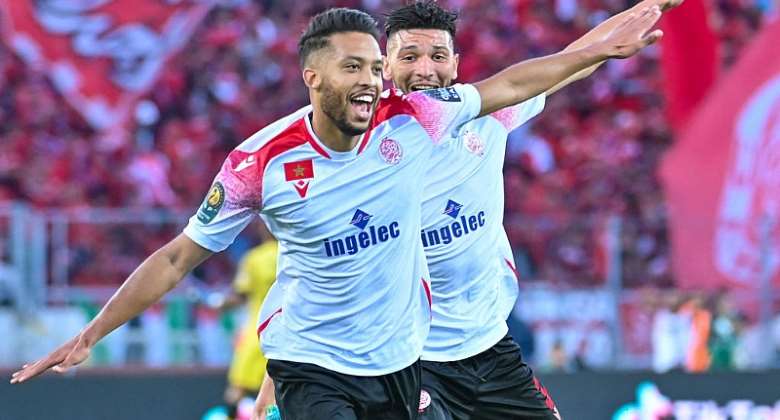 The Confederation for African Football (Caf) recently announced plans for a continent-wide Africa Super League. It will kick off with 24 clubs from 16 countries in August 2023.

The new tournament will run annually from August until May, with 197 games in a format much like the European UEFA Champions League . It starts off with the teams grouped in three zones – North Africa, West/Central Africa and East/Southern Africa. The top 16 clubs move into a knockout phase.

The enticement is a projected US$200 million windfall from Caf with 25% of the funds going to the development of women's and youth football. The rest goes into prize money for participating clubs. The champion club will receive US$11.5 million and all members of Caf will get US$1 million each. This is much bigger than the US$2.5 million received by current winners of the African Champions League club tournament. The African Champions League and the Confederation Cup will continue with entries from all African countries but the format for both competitions will return to the earlier iteration of two-legged elimination contests.

For Caf, which lost an estimated US$45 million in 2020-21, the league is a way to earn big money from television rights. However, Caf provided very few answers to questions about the practical realities of the league when its plans were announced in Tanzania on 10 August.

There are pertinent questions that need clarifying, but even at this early stage it's clear that there are strengths and weaknesses to the shiny new Africa Super League.

Issues to be clarified

There are at least two major issues that Caf should clarify. The proposed Super League, which runs for the entire football season, involves 24 clubs that will, at the same time, be playing in their national club competitions. Continental competitions often disrupt local leagues. In places like the Democratic Republic of Congo and Nigeria, clubs sometimes travel by road three times the distance clubs in England travel for league games. With these clubs being away from local fixtures for long periods, the travel arrangements for local competitions become more complex.

Furthermore, African players travel frequently to seek contracts abroad . This affects the squad sizes of local clubs that are being asked to participate in expanded fixtures at the continental level.

A second question is whether the winner of this competition will automatically have a place in the expanded World Clubs competition that world football body Fifa is reportedly amending. This is important given that the current representative to the global competition from Africa is the winner of the African Champions League.

The predicted US$200 million windfall from this competition is not as steep as many may think. As far back as 2015, Caf signed a US$1 billion TV rights deal with the Lagardère Group for a little less than US$100 million a year for 12 years. Although Caf cancelled the deal a few years later, it was clear that the money had become a pittance considering similar TV rights contracts signed elsewhere. A US$4 billion deal was signed by the Asian Football Confederation in 2018.

Seven years after the Lagardère contract, there is every reason to expect Caf to earn an improved television contract to support a proposed African Super League that offers more games with the assurance of the better-known teams participating. The new Super League is far better suited to TV interest and better placed to attract bigger rights deals than existing continent-wide competitions for clubs.

Of course, an African league is not nearly as popular as the champions league in Europe, where US$2 billion in rights was earned in 2022 and close to $1 billion brought in via commercial rights alone.

Caf is selling this competition as one that would make African clubs more attractive to players by dissuading many from travelling outside the continent to earn a living. However, the Africa Super League payoff to most of the participating clubs will not be significant enough to keep players home.

North African clubs that currently keep most of their players and even poach from other African countries will be advantaged. With Caf's proposed formula for sharing prize money, they will be able to widen the gap between themselves and clubs from other regions of the continent. Keeping players in sub-Saharan African clubs will continue to be a struggle, even with this new league.

Further, Caf could have used this opportunity to strengthen privately owned clubs by granting access only to them. But this is not the case. It has instead sought to include clubs based on current strength of performance even if these clubs are state supported.

Read more: For footballers of African descent, playing in Euro 2020 will be a double-edged sword

The problem, across the continent, is that state-supported clubs are not compelled to develop commercially and become trapped in their dependency on state doles. Establishing financially strong and business-focused clubs is not supported by this new league.

To sum it up

Unfortunately Caf has, with the current plan, missed an opportunity to develop commercially focused club competition in Africa. Allowing state-owned clubs to participate is a missed opportunity for clubs to develop revenue sources that are needed to make them competitive at a global level.

Chuka Onwumechili does not work for, consult, own shares in or receive funding from any company or organisation that would benefit from this article, and has disclosed no relevant affiliations beyond their academic appointment.

More from Article
ModernGhana Links
How Every Woman is a Beauty Queen Made
Zulu monarchy: how royal women have asserted their agency and power throughout history
Nigerian newborns weigh less if their mothers use biomass fuel - a major health risk
TOP STORIES