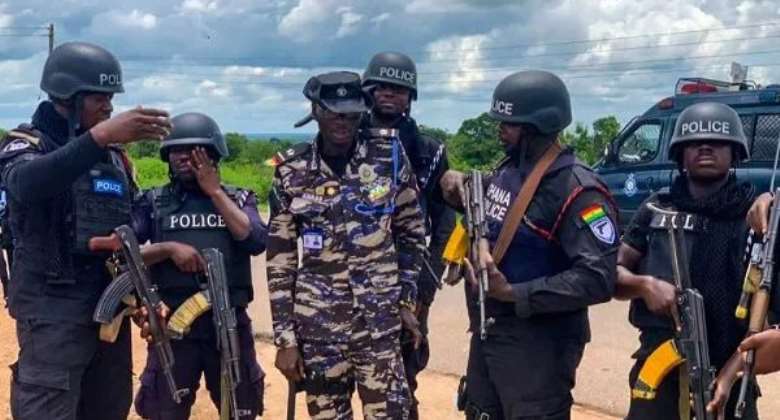 The Ghana Police Service has issued a statement to provide an update on the armed robbery incident at Abuakwa in the Ashanti Region.

As reported earlier today, two-armed robbers are being chased by the Ashanti Regional Police Command after they attacked two families.

The robbers wielding machetes did not only rob their victims of some valuables but also kidnapped one of the female residents of the house.

“The Ashanti Regional Police Command has launched an intense anti-robbery operation to arrest two robbers who attacked two families in a house at Abuakwa in the Ashanti Region wielding machetes and robbed them of some valuables and also escaped with one of the female residents of the house,” part of a Police statement said earlier today.

Following swift action from the Police anti-robbery operation, it managed to rescue the female victim.

According to the Police, the victim is now safe and being given a medical review and psycho-social care.

“Police have successfully rescued the female victim who was taken away by the armed robbers.

“The victim is being taken for medical review and psycho-social care,” the police have said in an update on the case.

The Police are assuring the general public that the manhunt for the robbers is on and all efforts are being made to bring them to book.