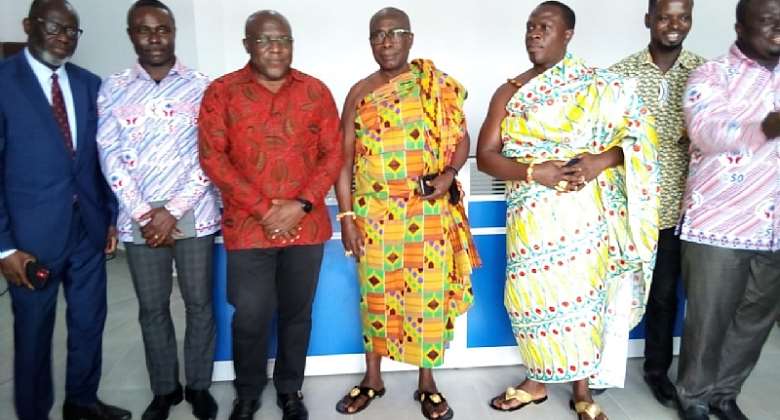 Hon. Seth Acheampong (3rd from left) with some dignitaries

Government has assured financial institutions and credit unions that it will continue to protect their activities due to their contributions to the country's financial sector.

The Eastern Regional Minister, Seth Kwame Acheampong made these assurances during the official launch of Hydro Cooperative Credit Union in Koforidua, the regional capital.

According to him, Koforidua has been without such a facility for a long time.

He emphasised it will help improve the socio-economic activities in the region.

He urges all to engage the services of the facility to help boost whatever they do.

Hon. Seth Kwame Acheampong, however, challenged the management of the credit union to abide by the laws that regulate their operations.

Meanwhile, Mr. Joseph Asare Keteku, Regional Board Chairman of Hydro Cooperative Credit Union assured the people of the region of his outfit's commitment to financially support them being the first credit union in the region.

He stressed that Hydro Cooperative Credit Union is the second largest credit financial company in Ghana and has over the years assisted many businesses across its operational areas and pledged to do more.

He called on individuals, businesses and corporate bodies to rely on Hydro Cooperative Credit Union for all the financial support to grow.

Where are DISECs in this whole galamsey brouhaha – Otumfuo q...
23 minutes ago

Akufo-Addo announces plan to establish Tourism and hospitali...
23 minutes ago