Zelensky, Erdogan and UN chief Guterres to meet in Ukraine 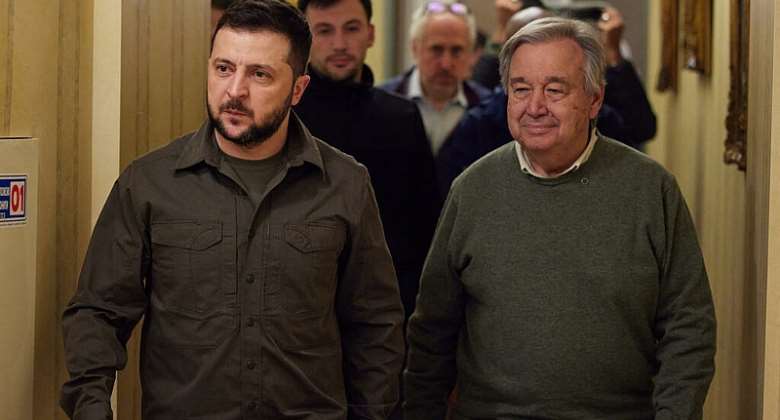 UN Secretary General Antonio Guterres is due to meet with the leaders of Ukraine and Turkey this Thursday and Friday, as Kyiv reported an "unprecedented" cyberattack on its nuclear energy agency's website.

This week's series of meetings follows a deal brokered by the United Nations and Turkey last month that has allowed a tentative restart of grain exports from Ukraine after Russia's invasion blocked essential global supplies.

Guterres will hold talks in the western Ukrainian city of Lviv with President Volodymyr Zelensky and Turkish counterpart Recep Tayyip Erdogan on Thursday.

According to UN spokesman Stephane Dujarric, they will discuss "the need for a political solution to this conflict."

Guterres will then visit the Ukrainian port city of Odesa on Friday – one of three ports being used in the deal to export grain – before heading to Turkey.

As the diplomatic efforts to end the war continue, Ukraine's nuclear agency Energoatom reported a major cyberattack on its website, but said its operations had not been disrupted.

The agency said Tuesday: "The most powerful cyberattack since the start of the Russian invasion occurred against Energoatom's website," adding that it "was attacked from Russian territory".

Also Tuesday, Russia claimed explosions at a military facility on the Kremlin-controlled Crimean peninsula that damaged power infrastructure were the result of "sabotage".

The blasts – caused by the fire, which led ammunition to detonate – reportedly damaged civilian infrastructure, including power lines, a power plant, a railway track and residential buildings.

The explosions come one week after at least one person was killed in similar explosions at a Russian airbase in Crimea.

Ukraine has not directly claimed responsibility for either incident, but senior officials and the military have implied Ukrainian involvement.