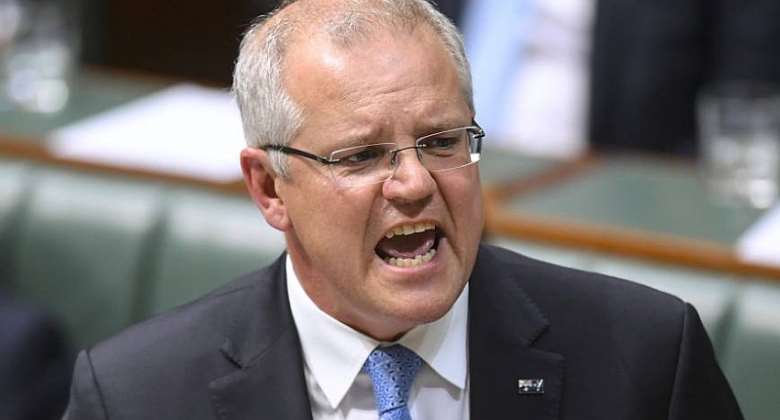 Why the sharp intake of breath, the tingling shock? In one of the world’s most secretive liberal democracies, the revelation that the previous Australian Prime Minister Scott Morrison ran a shadow government overseen by personal quasi-despotic whim spanning several ministerial positions has caused chill and consternation. That’s not the way we do things – except when we do.

Such consternation, in a country that tolerates secret trials only revealed by accident, raids upon journalists and the headquarters of the national broadcaster, full-throated prosecutions of whistleblowers, the torture-tinged indefinite detention of refugees, and brazen immunities for intelligence officers engaged in alleged criminal activity.

Such consternation, in a country that mandates data retention by telecommunication companies for up to two years and disruptive warrants in violation of privacy, a country that gives government ministers, notably immigration ministers, God-like powers (in a secular sense, revolting) to determine the fate of individuals and, most unappealingly for believers in natural justice, rejects a bill of rights or a human rights charter. With these monstrous realities, Morrison’s conduct and his shady actions indicate an almost mild consistency.

Given that Australia’s Pentecostal former PM has openly expressed his contempt for government and international institutions, almost in inverse proportion to a professed love of God, the hunky-dory afterlife and all matters divine, the assumption of extra duties, the encroachment, as it were, upon such ministerial portfolios as health and finance, was as natural as it was distasteful. It may explain, in some measure, why he did not perform his mini-dictatorial duties with any degree of competence. He could barely manage the prime ministerial portfolio, let alone any other duties.

The current volcanic fuss over Morrison is something to behold. It was outrageous, say critics, because it was secret, given that such appointments are normally published in the never read Commonwealth Gazette. For one thing, it brought in the Governor-General, David Hurley, representative of Queen Elizabeth II. Hurley confirmed that he signed the relevant documents enabling Morrison to assume control over other portfolios “consistent with section 64 of the constitution.” Hurley also confirmed that it was not an unusual process – in a fashion. “The Governor-General signs an administrative instrument on the advice of the prime minister.” Whether that decision was publicised or not was up to the relevant government of the day.

At the time, health minister Greg Hunt was one of the few who knew and agreed to the expansion as a measure to cope with possible COVID-19 incapacitation and turn the country into Fortress Australia. Few would have noticed the difference, but it was good to cover the contingency. However, the then finance minister Mathias Cormann, currently OECD Secretary-General, was not told that the Prime Minister had also appointed himself as joint holder of the role. In such measures, the spirit of Caligula groaned and rumbled upon a horse he teasingly might have made consul.

Other members of the cabinet were also kept in blissful, mushroom-fecund darkness. “I wasn’t part of that decision-making process and they’re decisions that are within the domain of the prime minister,” current opposition leader Peter Dutton stated, betraying a slight twinge of envy.

The leader of the Nationals, David Littleproud, who was also a member of the previous government, was less impressed. “That’s pretty ordinary, as far as I’m concerned.” In his view, “If you have a cabinet government, you trust your cabinet.”

Such a self-arrogation of power was also used to quash the controversial petroleum exploration permit known as PEP 11. The then resources minister, Nationals MP Keith Pitt, was bemused by the whole matter, though he claimed no knowledge of Morrison’ usurpation of the Industry, Science, Energy and Resources portfolio. “I certainly found it unusual, but as I said I worked very closely with Scott through a very difficult period through COVID.”

Labor Prime Minister Anthony Albanese, in casting an eye over the affair, was adamant that, “The people in Australia were kept in the dark as to what the ministerial arrangements were.” It was “very contrary to our Westminster system. It was cynical and it was just weird that this has occurred.”

“Weird” is a term abuzz in the commentary. The other is “bizarre”. Former Liberal Prime Minister Malcolm Turnbull even called it “sinister”, wondering why the cabinet and the Governor-General went along with it. Sinister, perhaps, but why so weird or bizarre? There is no express provision preventing it, no law banning it, no figure halting it – necessarily. This is the glorious, colonial relic known as the Australian constitution, plastered over by rusted practices born in the days of the old country when beheading was not frowned upon and conquering the swarthy races was deemed a good thing.

Of interest is the legal commentary, which has been prickly, picky and sometimes missing the point. Constitutional law high priestess Anne Twomey reproaches those who err in claiming that Morrison swore himself in. He could not do so – only the Governor-General can. She also points out that the statutory landscape permits ministers to confer power on others. What was unusual here was that powers of such sort are exercised by other ministers when the figure in question is unavailable. And that it was kept secret, which was “inappropriate”. This “lack of transparency” showed a disregard for “the institutions of government and for the general public who have a right to know how power is allocated.”

Constitutional law academic Kim Rubenstein also shows a faith in the very system that produced such daring subversion on the part of Morrison. On Australia’s Radio National, she offered the view that collective government responsibility and the Westminster system has a certain admirable accountability that, say, the US system lacks. This is parochial nonsense, given that the prime minister is drawn from Parliament and not directly elected by the voters. The US system may have appointed, unelected cabinet ministers, but the Westminster system comprising parliament, not the general voter, appoints the prime minister who, in turn, appoints the ministers who are then sworn in by the monarch’s Governor-General. Hardly the paragon of accountable democracy.

The next step is to make a balanced assessment about a form of government that can so easily fall to usurpations of power by the executive. It throws up other vital matters: how war is declared; how military agreements can be made without public or parliamentary scrutiny; and how decisions affecting sovereignty are implemented at enormous cost.

The chances of having that broader debate are minimal. Albanese and his hounds smell blood, but the stains are not going to be that revealing. The Westminster model will be praised and defended; Morrison will be dismissed as pettily dictatorial. The fatuous notion of convention, the false assumption of gentlemanly conduct – for women do not feature in this – says everything about what is wrong about this rotten state of affairs. Inadvertently, Morrison acted consistently with, and enacted his belief: government cannot be trusted.