Fire kills mother and two children, one escapes at Ohwim 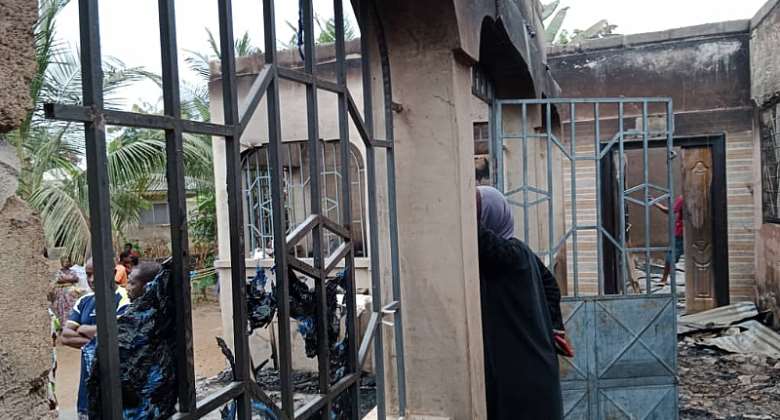 A mother and her two children have been killed by a fire outbreak in their residence at Ohwim in the Bantama sub-metro of the Kumasi metropolis, Ashanti Region.

The woman identified as Philomena and her 2 kids aged 8 and 4 were reportedly burnt beyond recognition.

Speaking in an interview on Otec FM's breakfast show dubbed ‘Nyansapo’ on Tuesday August 16, 2022, the Assemblyman for Ohwim Hon. Erastus Ebo Boison said the fire is said to have started around 12 midnight.

He said the cause of the fire is yet to be known but her suspects arson.

According to him, one of the deceased children aged 14 who managed to escape the fire told him all she saw was fire but was able to step out as she was sleeping in a different room.

Husband of the late who is said to be a bank manager of a rural Bank was not present at the time.

Meanwhile police and fire service personnel have commenced investigations into the issue.