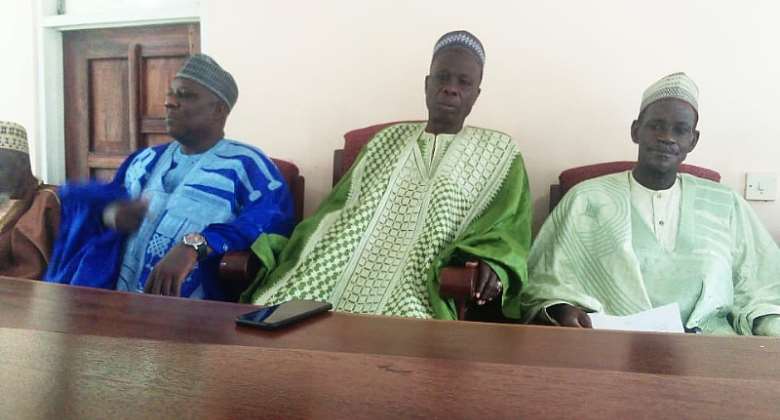 The National Vice President of the Council of Zongo Chiefs, Sariki Alhaji Abubakar Omar, has pleaded with muslims and people living in Zongos to consider paying their ward's school fees as a matter of priority.

He advices them to avoid using their monies to buy huge smocks for every celebration that comes their way.

The plea was made in an interview during Akyem Abuakwa Council of Zongo Chiefs' Annual Council meeting held at Kyebi in the Eastern region on Sunday.

They discussed about the Muslim Council, welfare and challenges confronting muslims and people' living in Zongos and finally suggested solutions to help address the phenomenon.

The President of the Eastern Regional Council of Zongo Chiefs, Alhaji Omar indicated that some parents would purchase huge smocks for every event but would not pay the smallest amount of money needed for the education of their children.

Meanwhile, Muslims Youth in Zongos are inspired to emulate Ghana's Vice President, Dr. Bawumia, the Minority Leader in Parliament and other prominent Muslim leaders to take their education seriously.

According to him, Zongo communities should no longer be a place where violent-minded people would come and hire people to perpetrate their agenda indicating that Islam is a peaceful religion.

The Vice President of the National Council of Zongo Chiefs asked the Muslim faithful to reflect on the day and uphold the tenets of Islam.

He stressed that the peaceful co-existence among all sects should not be taken for granted.

More from Religion
ModernGhana Links
Word of God is sharper than any two-edged sword, use it
God shall bring new order and fill the emptiness in your life
We have worked hard all night and caught nothing
TOP STORIES