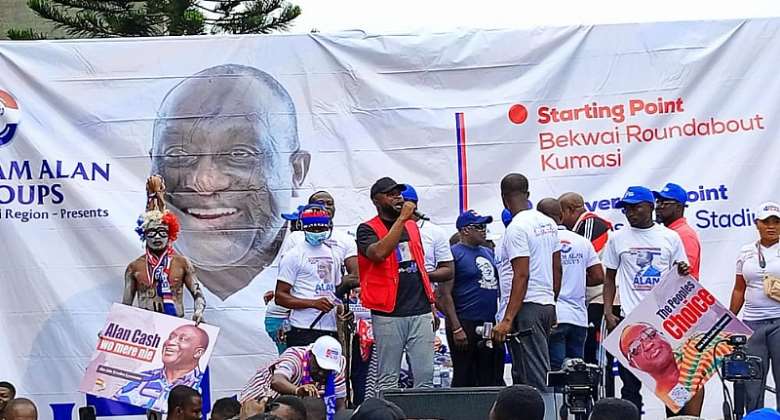 The ruling New Patriotic Party (NPP) will later this week take a decision on supporters of flagbearer aspirant, Alan Kyerematen, who defied the party's orders against embarking on a march through some principal streets in Kumasi.

The group marched in support of the Trade and Industry Minister, even though the party hierarchy had on several occasions cautioned prospective candidates and supporters from engaging in any campaign activities.

A member of the NPP, Hopeson Adorye was captured on tape making alleged discriminatory comments at the said march.

Some party members have thus called for the supporters to be sanctioned.

Citi News sources close to the leadership of the party however say a meeting has been scheduled for later this week to take a decision on the matter.

Although the national leadership of the party had issued a directive calling for the cancellation of the health walk, the organizers defied the order.

The Health Walk, christened, “Aduru woso” which means, it's your turn, saw participants clad in branded party T-shirts that had pictures of the Trades and Industry Minister.

A stalwart of the NPP, Hopeson Adorye who took part in the march, explained that the directive by the party came at a time when organizers of the event had advanced preparations.

He however called on the national leadership of the party to ensure sanctions are applied against other persons declaring open support for other prospective flagbearers.

No insurance package for commercial 'pragya' operators - NIC
48 minutes ago