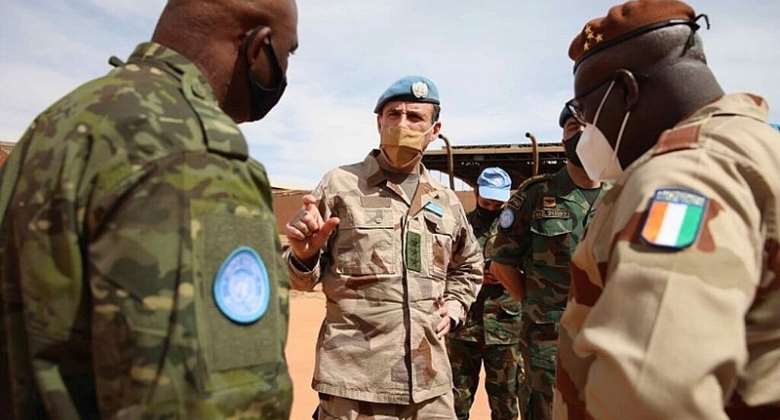 Soldiers from Cote d'Ivoire who were reportedly delpoyed as reinforcements to the United Nations peacekeeping mission in Mali, MINUSMA, had been held in custody for over a month, accused of being mercenaries.

According to judicial sources, the charges against the 49 Ivorians include attempting to undermine state security,

Cote d'Ivoire has been negotiating with the Malian junta for their release, denying the accusations.

Togolese President Faure Gnassingbé is acting as a mediator between the two states.

To date, negotiations have made progress but have reportedly, "stalled over certain points” indicating that the soldiers were only charged on Friday.

UN acknowledges 'dysfunctions' in Mali over presence of Ivorian troops

They have been held since 10 July, when they were picked up at Bamako airport on arrival.

Bamako is reportedly calling for Malians arrested in Cote d'Ivoire to be handed over as part of the agreement.

Abidjan refuses to acknowledge responsibility in the affair and will not hand over the persons wanted, say the sources.

The government says they were unfairly detained, and that their role was well-known to Malian officials.

Mali says they did not have the supporting documents that indicated why they were in the country.

Tensions between junta and MINUMSA

The day after they were detained MINUSMA spokesman Olivier Salgado agreed with the Ivoirian position, but admitted that there had been "dysfunctions" in deploying the Ivorian troops.

The military-run government expelled Salgado for publishing "unacceptable information" regarding the troops' detention.

It also accused the Ivorian government of pushing for the harsh regional sanctions that were lifted in July.

Malians were upset with the way Keita was handing the jihadist insurgency and called for him to be kicked out of office.

MINUSMA's mandate is to fight the jihadist insurgency that began in 2012 and has spread throughout Mali and the region.

Galamsey fight: Godfathers have disowned their child but wil...
45 minutes ago