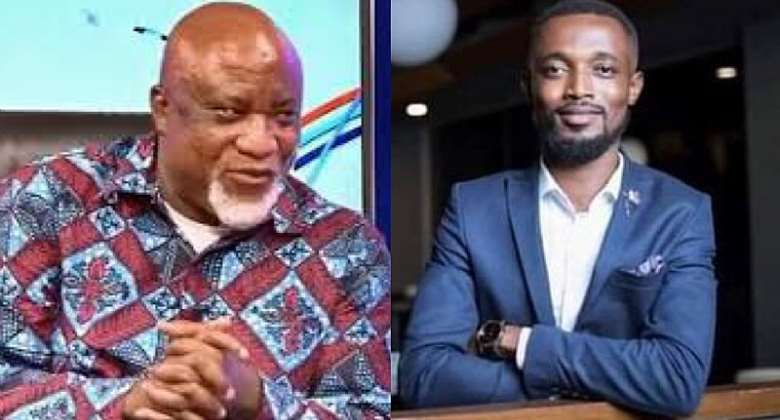 Krobea Kwabena Asante, the Deputy Communications Director at the Office of Vice President Dr. Mahamadu Bawumia has lambasted Hopson Yaovi Adorye, a member of the NPP for dragging the Bawumia camp into his ethnocentric comment.

At the walk, the former Kpone-Katamanso NPP Parliamentary candidate, Hopeson Yaovi Adorye was reported to have said that Northerners in the NPP are only fit for the running mate positions and not the flagbearership.

His comments, after attracting wider criticism, propelled him to release a statement claiming his real voice had been doctored by the camp of Dr. Bawumia for mischief.

“I wish to state categorically that, I never said in plain words that Northerners are fit for running mates. The video is partly doctored for mischief by Bawumia's Camp.

“For the avoidance of doubt, I stated that in NPP there is a particular formula that has been used since the formation of the Party. The formula is Christian-Muslim Ticket,” he stated.

In reaction, the vice presidential staffer stated that no member of the Bawumia camp has the time to doctor Hopeson Adorye's voice as he claimed in his disclaimer.

“The disclaimer is even worse than the toxic political speech he said in Kumasi. After running down Northerners and allied groups in the party. He takes his identity of political absurdity to politico-religious tragicomic by adding Muslims. Very insulting, again, check the part he said that he never said in PLAIN WORDS that northerners are fit for only running mates.

"Suffice it to say, Team Bawumia does not have time to doctor his video, the video was picked from their walls, so what is he saying? Did someone read through that disclaimer? He should calm down and reflect," he explained.