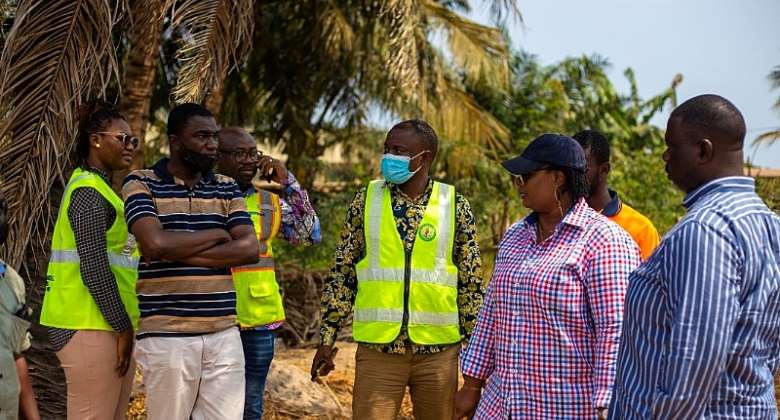 Ms. Addo whose tour of the two communities was monitored by the Communication for Development and Advocacy Consult (CDA Consult) said the officials of the Assembly have engaged owners of the affected structures and discussed the need to pulldown their structures.

She said the Assembly is commitment to remove the structures and ensure that leaking sewer is repaired.

Ms Addo said there was a blockage in the sewer lines especially the ones behind the Cocoa House at Tema Community Five leading to overflow and unbearable stench with its accompanying health dangers.

She said due to the location of the structures it has been very difficult to repair and rod the lines, therefore, the urgent need to clear structures from the reservation lines.

The blockage and overflow of the sewer lines and chambers have also led to human waste sipping through into drains and nearby bushes.