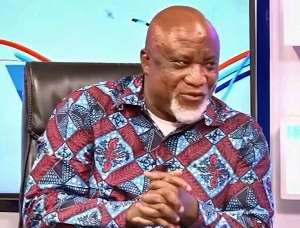 Parliamentary Candidate of the New Patriotic Party (NPP) for Kpone-Katamanso Constituency in the 2020 general elections, Hopeson Yaovi Adorye has accused the camp of Vice President Dr. Mahamudu Bawumia of mischief to bring him down.

Mr. Adorye has recently been under severe backlash for allegedly stating that northerners are only fit to be running mates in the NPP.

He is reported to have made that statement while making a case why the NPP must go into the 2024 general election with Alan Kyerematen as the flagbearer.

But reacting to the allegations against him, Hopeson Adorye says they are just mischief by people from the vice president’s camp.

“I wish to state categorically that, I never said in plain words that Northerners are fit for running-mates.

“The video is partly doctored for mischief by Bawumia’s Camp,” he stated in a response on Sunday, August 14.

“Therefore per the formula, the running-mate since 1992 has been a permanent reserved position for the Dombo’s camp regardless of whether a Dankwa protégé or Busia protégé is leading the Party as the Flagbearer.

“This is exactly what I said and it is supported by historical data and science."