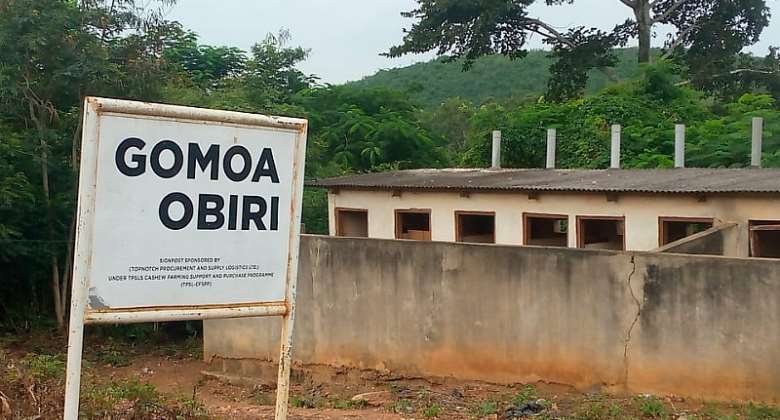 A young man who sells charcoal has taken his own life at Gomoa Obiri in the Gomoa West District of the Central Region.

The man identified as Kobina Gyata is a 22-year-old who is well-known in his community.

The young man according to the information gathered went missing about three months ago.

Community members with the help of residents from nearby communities have been regularly embarking on various searches to locate him.

Although many argued that he may have travelled out of Gomoa West District, there were others who felt he might have gotten himself into trouble.

As a result, the occasional collaborative searches continued in the past few months.

Following a recent search conducted, the body of Kobina Gyata has been found hanging in an abandoned public toilet located at the entrance of the Gomoa Obiri Community.

Further probe into the matter has revealed that the deceased was given a sum of GHS2,000 to supply charcoal to a client.

After failing to produce the charcoal, he is said to have absconded when it was time for the client to come for his goods.

It is now being suspected that Kobina Gyata took his own life because of his inability to deliver on his promise or refund the GHS2,000 he took from the client.