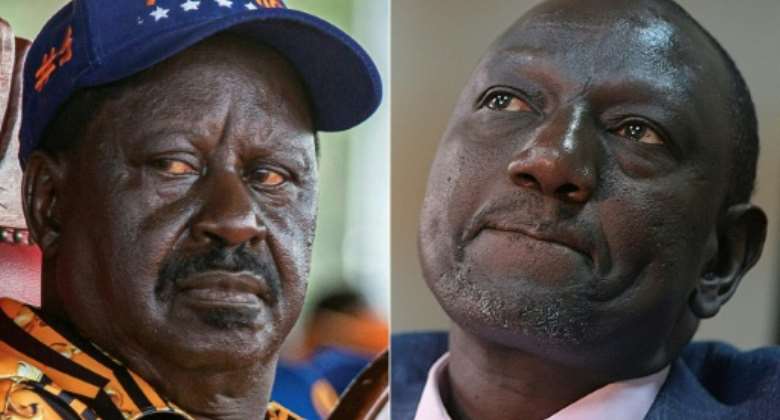 Kenya was moving closer Monday to learning the outcome of its closely-fought presidential election after days of anxious waiting.

Deputy President William Ruto was leading with slightly more than 51 percent of the vote against 48 percent for Raila Odinga, based on official results from more than 80 percent of constituencies, according to a tally published by the Daily Nation newspaper.

Both men had on Sunday appealed for calm as the wait for the final results of the August 9 vote dragged on.

Polling day passed off largely peacefully, but memories of vote-rigging and deadly violence in 2007-08 and 2017 still haunt Kenyans.

The Independent Electoral and Boundaries Commission is under intense pressure to deliver a clean poll in a country regarded as a beacon of stability in a troubled region.

The Independent Electoral and Boundaries Commission (IEBC) is under pressure to deliver a clean poll. By Tony KARUMBA (AFP/File)

Results must be issued by Tuesday at the latest, according to Kenya's constitution.

Ruto, 55, is deputy president but is effectively running as the challenger after outgoing President Uhuru Kenyatta threw his support behind his former foe Odinga, the 77-year-old veteran opposition leader making his fifth bid for the top job.

Turnout was lower than expected at around 65 percent of Kenya's 22 million registered voters, with observers blaming disenchantment with the political elite in a country battling a severe cost of living crisis.

The IEBC had faced sharp criticism of its handling of the August 2017 poll, which in a historic first for Africa was annulled by the Supreme Court after Odinga challenged the outcome.

Dozens of people were killed in the chaos that followed the election, with police brutality blamed for the deaths.

Kenyatta went on to win the October rerun after a boycott by Odinga.