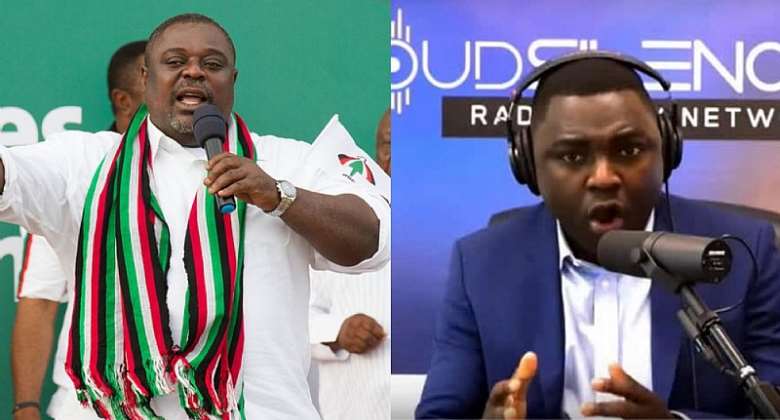 Mr. Anyidoho is irritated because he claims some journalists on such radio and television stations constantly insult him on their morning shows.

He, in a series of tweets on Sunday, August 14 monitored by Modernghana News described the said media houses and journalists as "low-grades" who have been bought over for probably GHS50.

He indirectly criticizes Ghanaian US-based journalist and critic Kelvin Taylor. He claims he was bought for $100 and given a garage in the United States as a studio to always produce "cheap, pitiful, sick souls."

“Cheap radio stations with cheap hungry presenters call cheap people to pay them 50ghc to insult every morning, noon, and night. The worse cheap persons are the ones who live in garages in America and are given $100 to produce insults: cheap pitiful sick souls.

“Have you realised that the persons who insult as hosts of radio and TV programmes; don't have, Family Names? The guests who also go and insult, don't have Family names! It is the insults they are using for cheap recognition,” he said.

Mr. Anyidoho concludes by stating that he was born long before the establishment of the NDC and NPP political parties, and as a result, he will not allow himself to be destroyed by what he refers to as "dirty partisan politics - on the acerbic tongues of youth who have no parents and tradition.”