By Patriot for truth and accountability
Press Release 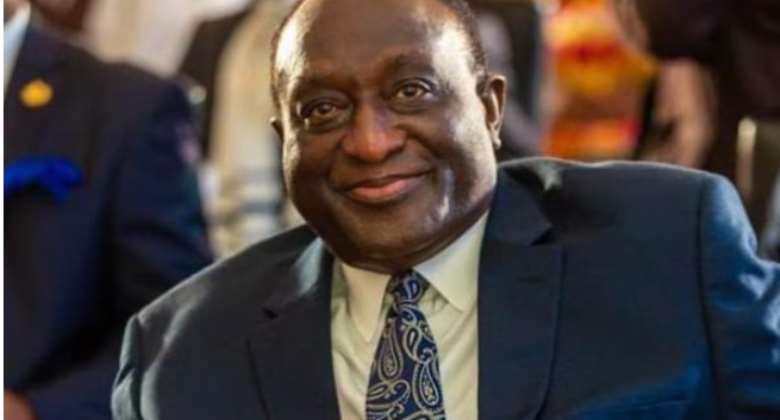 In the late afternoon of Saturday August 13, 2024, Ghanaians were greeted with the shocking news that a group supporting Alan Kyeremanten for president had mounted a sermon of vile and ethnic propaganda with regards to the succession in the NPP.

As far as the the lead characters of this group are concerned, the New Patriotic Party(NPP) belongs to Danquah and Busia, and as such, the leadership of the party is sorely an exclusive right of their descendants whereas the number two slot belongs to the kith and kin of SD Dombo.

In effect, what these tribal elements are saying is that, the Gas, the Ewes, the Krobos and the Fantes of this same United Party(UP) tradition who haven't got the opportunity of becoming Vice President let alone President have no stake in this party.

Oh yes, these tribalists are simply saying these other ethnic groupings don't have a stake in the UP tradition.

It makes no sense for people to claim to belong to the United Party(UP) tradition but are so willing to parrot such anti-NPP tribal bigotry and sentiments.

Indeed, it is surprising to note that in this day and age, some political activists are still caught up in the old ways of doing politics.

At this point, even the most fanatical of the believers in our political tradition, are getting bewildered.

Yet again, we are elated to read the quick rebuttal and condemnations from a number of decent patriots.

It is becoming ever more blatantly obvious that some of these delusional elements and tribalists attempting to elevate tribal politics to the frontburner ahead of the NPP intra-party elections have obviously not heard about the Modestus Akpaloos, SG Antohs, Kodjo Ayekes and the Joshua Attoh Kwashies of this same UP tradition.

We need to cut crap out of our godly politics and come to terms with the fact that the NPP is a tradition of many different groups and not only Danquah, Busia or Dombo. It is the tradition of the United Party (UP).

What is clear is that, from Kyebi to Gambaga, to Kumewu to Anloga, we're all NPP. We belong to the tradition that believes in development through freedom.

We should never have any room for demagoguery in our politics. Be it, Alan Kyeremanten, Dr. Bawumia, Kennedy Agyapong or anyone offering him or herself for the NPP leadership, it should be the best person for the job, irrespective of race, gender, religion or anything else. It should be about integrity, credibility, competence and acceptability beyond the NPP's core support base.

In this regards, we call on Alan Kyeremanten to do the needful and say no to tribal politics. He should go ahead and disassociate himself from this dangerous ethnic politics and call those behind it to order.

Long live the UP tradition

Convener- Patriot For Truth and Accountability