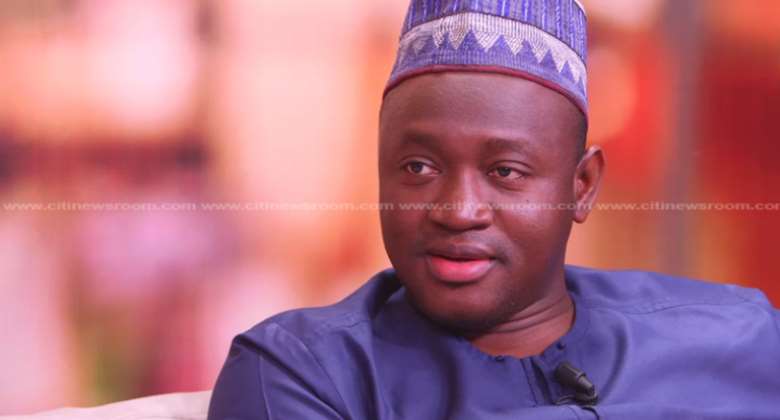 He said despite the Akufo-Addo government’s own incompetent handling of the economic situation, government’s nonchalant behaviour towards Ghana's derailing economy must not be tolerated.

While the legislator makes reference to the government’s reasons for the economic downturn namely; the COVID-19 pandemic expenditure, banking sector crisis, excess capacity charge and the Russia-Ukraine war, Alhassan Suhuyini believes all of the outlined factors but for the latter is due to the government’s own recklessness.

He faulted the state for misappropriation of the taxpayers’ money leading to the current difficulties, pushing Ghana to recent economic downgrades in this past week.

“The details tell a different story. Interestingly, all but the Russia-Ukraine war are either self-inflicted or non-existent problems, and that is where they are pumping money. Steps were being taken at the time to restructure the economy to impact some of the rigidities that affect the economy.”

“Buffers had been created. If the government was more competent, had better ideas, was not clueless, and not corrupt, it could have made savings to invest into its flagship programs. They are investing heavily in self-inflicted problems and doing less for areas they know will solve matters”, he lamented on the Big Issue.

The recent downgrade was by Standard and Poor's (S&P) saw a downgrade of Ghana's foreign and local credit ratings from B-B' to CCC+C with a negative economic outlook.

This was followed by Fitch Ratings, which saw Ghana downgraded from B- to CCC.

Reacting to this, Alhassan Suyhini said government must be more serious with the country’s fiscals going forward.

“If you listen to the government officials, they don’t seem worried. They tend to send a certain signal that, we can work this out, and they think that this is just a passing storm. If we are being rated and have our cedi depreciating close to the Sri Lanka situation, you can’t expect this to be a passing storm. It is going to hit us hard, and we want to see government officials sounding worried. They have to let us know that, they need help. Even the response to the downgrades suggests that the rating agencies have not seen the work they have put into the economy.”