Why The People Are Crying For A Change 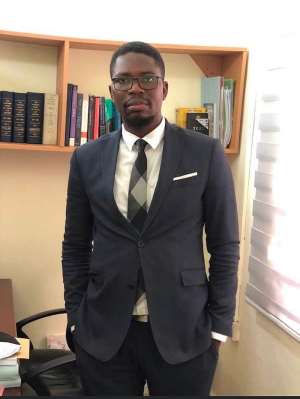 It is an undeniable fact that Ghana’s economy is being mismanaged and has plunged into an uncompromising crisis, the slowdown of economic activities due to the financial and banking crisis, inflation, currency crushes and sovereign debts have really sucked and torn apart the country to an irreparable state. The people of Ghana are crying for an immediate and urgent change, but this Change can only be possible or achieved when the current Government’s regime ends in the year 2024. However, waiting for another excruciating two years to rescue our beloved country from the “Mafia Family” literally seems like 100 years in the eyes of the vulnerable, hungry and aggrieved citizens. This notwithstanding, Ghana and for that matter its citizens noted for its obedience to Rule of Law and also touted as the beacon of democracy will patiently and calmly wait for the year 2024 to affect the long-awaited Change needed.

Cost of living coupled with uncontrollable cedi depreciation is having a great toll on the Ghanaian economy. The situation is evident in the massive mortgage default and deepen poverty state of Ghanaians.

In fact, the people are SAD! it is self-evident that Ghana is badly being managed by certain super incompetent leadership, however, it is also noted that a new Afrobarometer survey predicts that Ghana’s economy is heading in the wrong direction, hence the CHANGE!! Government’s performances on some key economic issues are overwhelmingly low, the soaring level of state debt due to rampant borrowing and heavy fluctuations in foreign direct investment including monies printed by the Government to cushion the economy seem not to be doing any good to the country but rather having a detrimental impact.

Political ideologies may differ, however, quality foundations built by one’s political opponent cannot be ignored but rather continued, having in mind that governance is a collective work. Personal lifestyle and ‘cocky’ behaviours can never be a tool for governing a country. As a sign of love and care for aggrieved Ghanaians the former president John Mahama has called on government to overlook its embarrassment and urgently engage stakeholders and the right industry players to revive the economy, sadly enough these useful calls have been shamefully ignored, in the same vain calls for reshuffling of non-performing ministers by the people and senior retired citizens of the ruling party are not been given credence and same ignored. And to spite Ghanaians, the President of the Republic proudly told the Ghanaian citizenry that “I will not heed to calls for non-performing ministers to resign or reshuffled “. This unfortunate statement clearly gives the President away as someone who is not for the people. The popular cliché “experience is the best teacher” leans in favour of the former President John D. Mahama. Come to think of it, almost all the major projects and infrastructures in the country can be attributable to him. Indeed, former President John D. Mahama did a lot of good things despite strong opposition from the NPP. Considering our current economic crises, one will say the people deserves better and the only tried and proven regime and/or Government is the regime and/or Government of the former president John D. Mahama. The people of Ghana deserve better and former President John D. Mahama also deserves the second stroke of serendipity to continue the solid economy he built that has been ignored by his successor to crumble. This is why we ask for change!!!!

Have you ever paused to ask, where the men the ruling government claimed they had? Have you also asked if the men they purported to have are the “family and friends” walking on the corridors of power? Have you also asked why “the real men” in the NPP have been shunned and sidelined making way for the family and friends to pillage and plunder the economy.

Ghanaians are now seeking answers to the 170 questions posed by our current Vice – President to the then ruling Government. Ghanaians are demanding those answers to save the Vice – President’s own mismanaged and submerging economy. It is so obvious that jabbers and rants don’t rule a country but durability of governance depends on its socio-economic performance.

Ironically, the discordance of the ruling government literally confirms that they are campaigning for the opposition in a way, looking at the appalling and disappointing performance, unfulfilled promises and their inability to overturn the sunken economy, more so, the contradictions in their statements and assertions are enough to inform Ghanaians that, they are unfit to continue the job.

To say the least, Steve Hanke , a professor of Applied economic at John Hopkins University (USA) in his recent remarks shamefully labeled Ghana’s economy ‘’the poster Child of economic mismanagement’’ and further stressed that no amount of IMF Loans can revive the country’s economy and this is a confirmation that the country lacks the “MEN”. Comments of such nature are very unfortunate and a disgrace to the people of Ghana especially the NPP government. This is the level the Nana Addo - Barwumia led government has reduced the country to.

Recent post elections research conducted by the Centre for Democratic Development (CDD-Ghana) revealed that Ghanaians have lost confidence in the government and are asking for a change and change is our last resort to save the country.

Where are DISECs in this whole galamsey brouhaha – Otumfuo q...
53 minutes ago