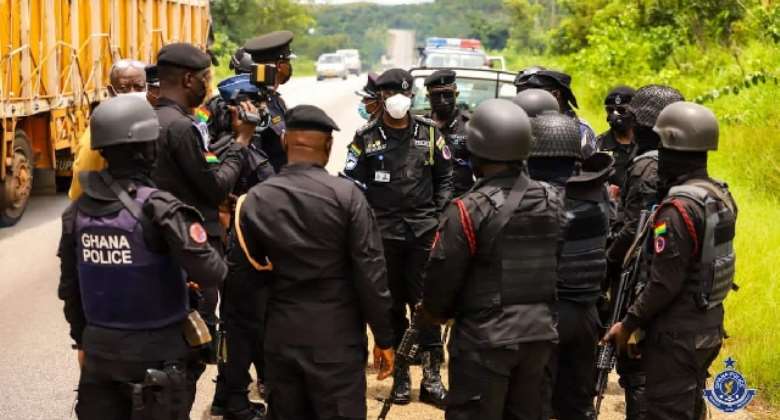 The Police have said there is no principle or rule that forbids them from granting bail at night.

According to the Police, bail is a constitutional right of arrested persons and can be granted at any time of the day including holidays and weekends.

The Police clarification come on the back of alleged claims by the northern regional chairman of the governing New Patriotic Party, Adam Bantima Samba, to the effect that he broke Police principle of not granting bail at night, when he successfully bailed out TESCON president of the Tamale Technical University.

The TESCON president was arrested over an alleged assault complaint against him by a lady from the University of Development Study while others say he was busted for comments he made against the regional minister during President Akufo-Addo’s tour of the region.

The Chairman of the party in the region allegedly bragged about breaking the Police rule to bail out the student at night.

The Police, however, noted in a statement that Mr Samba’s boast is erroneous and a clear demonstration of ignorance of the law and called on the public to treat it with the contempt it deserves.

More from Headlines
ModernGhana Links
National House of Chiefs demand outstanding monthly allowances of GH¢1,000 each
Address wanton corruption, mismanagement to deal with hardships in the country – CFF-Ghana to gov’t
I won’t shield you if you are found to be complicit in galamsey – Akufo-Addo warns MMDCEs
TOP STORIES