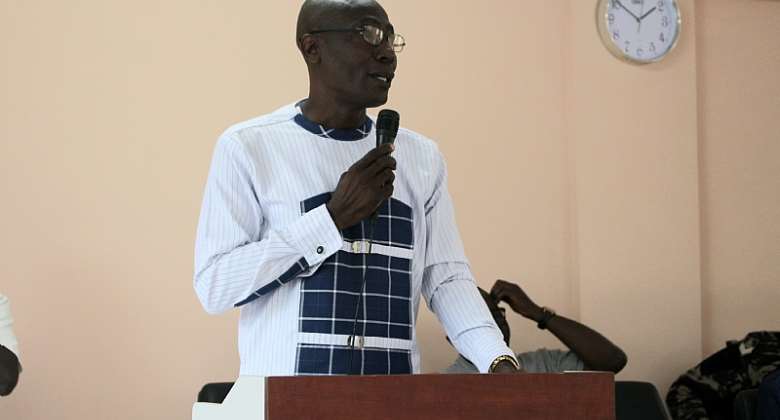 The ban on school children attending funeral wake-keeping in the Akrofuom District of the Ashanti Region has been attributed to improvement in BECE results in the district.

The District Director of Education,George Sarfo Kantanka made this known when he delivered a presentation on the state of education in the District at a day's working tour by a Deputy Minister of Local Government Decentralisation and Rural Development, Hon Collins Augustine Ntim.

The Deputy Minister was in the District to acquaint himself with details of how Government's flagship programmes in the various sectors of the economy have been implemented by the Metropolitan Municipal and District Assemblies in the country.

Mr. Sarfo Kantaka revealed that in 2021, a total of 813 children were registered for the Basic Education Certificate Examination with 83.50% pass rate. He said as a result of various academic schemes implemented by the Education Directorate, he was optimistic that this year, the pass rate wil increase to 88.50% from the 787 candidates who will write the exams.

Mr. Sarfo Kantaka also underscored the importance of Government's Free Senior High School. He said since 2017 student enrolment has increased from 300 in 2016 to 1,479 in 2022.

"This statistics lends credence to the impact the Free Senior High School has made on students enrolment. We commend the Government for such a transformational policy," he stated.

He however appealed to the Assembly to consider investing more in the agricultural sector since most of the people in the district are into farming.

He seized the opportunity to highlight government's flagship programmes such as Planting for Food and Jobs, Planting for Exports and Rural Development, One District One Factory, Free Senior High School among others.

He said the President, His Excellency Nana Addo Dankwa Akufo-Addo introduced these programmes and policies to ensure equitable distribution of State's resources to spread development across the country.

Hon Maurice Jonas Woode, the DCE for Akrofuom applauded the Deputy Minister for the visit. He stressed that the Assembly is committed to bringing development to the people.

Nananom led by Nana Asare Bediako, Ahenemahene of Akrofuom lauded the DCE for championing development in the District. He, on behalf of Nananom promised to continue to render their support to the Assembly to ensure that the district is well developed.

There were also presentations by the Health and Education Directors on the state of government intervention programmes in those sectors.

Nananom, Assembly Members and Heads of Department were present.