Without hypocrisy, Werley Nortreus criticizes the Ninth Summit of the Americas after 17 more Haitian migrants were found dead off the Bahamas coast 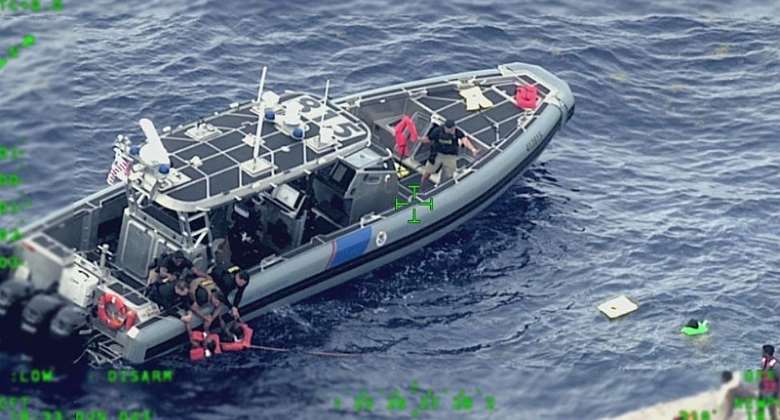 The United States hosted the Ninth Summit of the Americas this year in Los Angeles, California with a focus on “Building a Sustainable, Resilient, and Equitable Future” for our hemisphere.

The international conference was an opportunity for leaders from the Caribbean to meet U.S. President Joe Biden and other leaders in America. The United States did not invite Cuba, Venezuela, and Nicaragua for personal reasons. Andrés Manuel López Obrador, the President of Mexico, was the first to announce he would not attend.

According to U.S. Secretary Antony J. Blinken, the conference's goal was to bring together governments, civil society, youth, the private sector, and citizens from across our hemisphere to try to see how, together, we can tackle the fundamental problems that our societies face and do a better job at delivering for our people. That is the mission that we set for ourselves.

During the conference, People, institutions, leaders, and governments discussed priorities, including immigration and other fields. Haiti participated and its current Prime Minister Ariel Henry was invited. According to some leaders, fixing the broken immigration system was a priority.

Werley Nortreus, a Haitian politician and candidate criticize the Ninth Summit of the Americas on Monday after the state of the Bahamas found another group of 17 Haitians who died at sea on their way to the United States on Sunday after midnight, July 25, 2022.

On Monday, hours later, the Haitian candidate Werley said if the leaders of the Caribbean and the leaders of America sat together to talk about change, there must be good decisions made, and there must be good results. “It is really unfortunate that despite the fact that leaders sat together during the Ninth Summit of the Americas and talked about immigration. It is unfortunate that immigrants still continue to die in the sea”, Werley said.

From Sunday to Monday, July 25, 2022, after midnight, multiple sources revealed that 17 died in the Bahamas after a boat believed to be carrying Haitian migrants capsized. Bahamian officials said the boat was likely transporting Haitian migrants during a suspected human smuggling operation bound for the United States.

An investigation into the incident is still underway, but authorities said during a press conference that between 50 and 60 people were in the boat when it capsized approximately 7 miles off the coast of New Providence island. Officials recovered the bodies of 16 females, including a child believed to be 4 or 5 years old, and one male.

In the wake of what happened to these Haitian immigrants, Werley Nortreus sends his sympathy and condolences to the families of the victims on Monday, while blaming a broken immigration system in America and the Caribbean. And he also criticizes the Ninth Summit of the Americas which he says appears to be a failure because the mission and the results are very critical.

“I did not have the chance to participate in the Ninth Summit of the Americas because I was not invited. But I think that this conference was useful because many leaders in America and the Caribbean talked together to find a solution to the crisis happening in America. Despite all these efforts, it is really regrettable that there are no good results and immigrants still continue to die at sea. America and the Caribbean need to fix the broken immigration system to prevent such tragedies”, said Werley about the broken immigration system in America.

More than two people were taken into custody, from the Bahamas, over the suspected human smuggling operation, Bahamas officials said.

My loyalty towards NPP remained intact despite being sidelin...
5 minutes ago