Why youth apathy in elections bodes ill for Kenya

By XN Iraki - The Conversation
Article 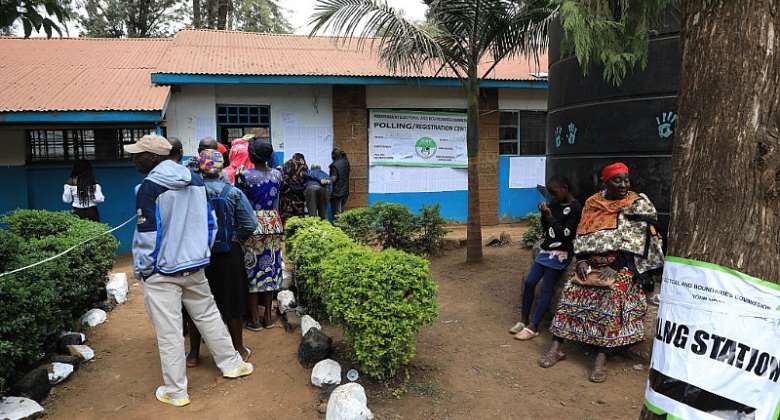 Kenya saw a decline in the number of young people who registered to vote in the August 2022 elections. This group's share of the 12.1 million registered voters dropped by 5.27% compared to 2017.

The youth, aged between 18 and 35, made up about 40% of those who were registered to vote this year.

The numbers have led to questions being asked about why young people stayed away from the polls. And what the implications are for democracy in the country.

The fall in registration among young people reflected a wider pattern of voter apathy among Kenyans. In the run-up to the 2022 election, the country's electoral agency added just 2.5 million voters to the register, against a target of six million. This included those who had turned 18 since the country's last census in 2019. Between the 2013 and 2017 elections, the agency added 5.2 million voters .

But the absence of more young people is the biggest concern because it could affect the country's democratic trajectory in the years ahead.

Read more: Kenya's young voters have a dilemma: they dislike ethnic politics but feel trapped in it

The potential problem with low voter turnout is that the government may be more responsive to citizens who regularly vote. This can lead to bias in the legislation that is passed. Legislation will reflect the will of those who more regularly vote, which means that those with lower incomes, less education, or are younger in age may find that policies do not reflect their preferences.

When voters refuse to exercise their national duty, it increases the likelihood of the few who do show up pursuing narrow interests. This can lead to political extremism.

The excluded voters could then use violent means to be heard, from joining gangs to participating in terrorist activity. This situation is exacerbated when youth unemployment is high.

The youth's political exclusion will limit the extent to which they can help determine their future and improve their prospects.

Why young people stayed away

In two decades of researching and teaching on voting patterns in Kenya, I have explored the factors affecting young peoples' attitudes towards democracy.

First, young people do everything online, including dating, so why hasn't voting gone online? The country forgets that the youth have largely grown up with the internet. Making voting more in tune with their habits would help raise their political participation.

Second, the youth feel they have little to show for their participation in Kenyan elections. Life is difficult for them. They have had to battle through the economic fallouts caused by unreliable rainfall, COVID and the war in Ukraine. All these conspired to cause inflation and misery .

It didn't help that the campaigns were mostly low key. Freebies were not the norm. Both politicians and voters seemed detached. The youth, who are facing high levels of unemployment, have little faith that voting will change their fortunes.

Read more: Want to run for office in Kenya? Here's how much it'll cost you

Additionally, young people are underrepresented in politics . They have few of their own to vote for, which further demotivates them from the process.

Third, the youth have seen the same faces on the ballot for decades. It doesn't matter whether they were presidential candidates or running mates. In more developed democracies, election losers retire, giving the next generation a chance to lead, a chance for renewal. Political retirement is rare in Kenya .

Fourth, there was nothing exciting or at stake in the polls. Voters turn up for a cause. This time, the economy was a central theme. However, the youth may have figured out that they are the key economic players . Additionally, the economic solutions offered by the presidential candidates may not have been convincing.

Fifth, the scale of corruption and lack of political integrity is a sticking point for the country's youth. Politicians are seen as being more concerned with their interests than with the voters. The negative media stories on politicians didn't help with voter turnout.

Additionally, young voters think the big decisions about their lives are made in boardrooms, and their votes don't count . It helps explain why they don't participate in calls for public consultation on the country's laws despite this being enshrined in the constitution.

Kenya's incoming president will need to handle this apathy among young people. Voting offers citizens a way to resolve their differences amicably. When they shun this avenue, there is reason to be concerned.

Young people's lack of participation in politics could additionally lead to future vacuum in leadership, denying the country the youth's exuberance and innovation.

XN Iraki does not work for, consult, own shares in or receive funding from any company or organisation that would benefit from this article, and has disclosed no relevant affiliations beyond their academic appointment.