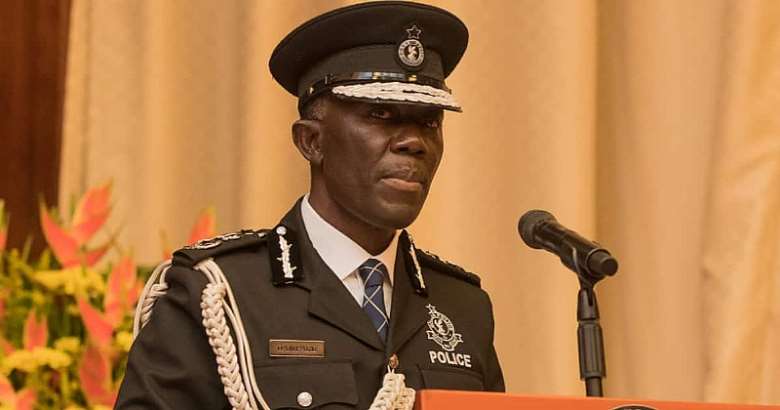 The Ghana Police Service has set sight on making improvements in the discharge of their duties.

Speaking at a public lecture on Policing at the Kwame Nkrumah University of Science and Technology (KNUST), the Inspector General of Police, Dr. George Akuffo Dampare disclosed that his administration is focused on reducing robberies in the country.

He disclosed that the Police Service is working to reduce the response time to crime to 10 minutes nationwide.

“We want to reduce robbery and crime response time to 10 minutes across the country, we believe this is possible and it will be done. When was the last time you heard of robberies on the major highways in the country, the Police have men patrolling all those places.

“We are going to deploy about 2000 motorbikes and officers to be patrolling all highways in the country,” Dr. George Akuffo Dampare assured.

The IGP added, “We have our intelligence officers all over the place, in the Ubers, shops and all over the communities. It’s very expensive but we need to get the job done.”

As part of other measures being introduced, IGP George Akuffo Dampare further disclosed that there will soon be virtual police stations.

According to him, it will ensure that Ghanaians can file reports to the police virtually without needing to walk into police stations.

“You just make your complain virtually and then we will send you all the information. And we can even virtually also invite the suspect which is data processing,” Dr. George Akuffo Dampare said.