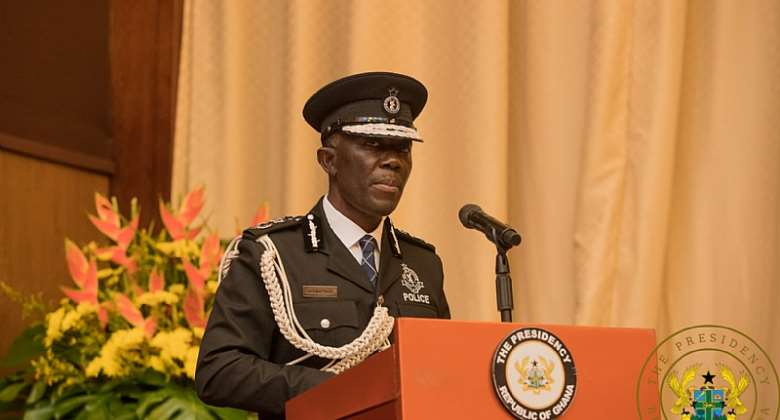 Ghanaians will in the not too distant future have the chance to file reports virtually without having to walk into a Police station.

This is according to the Inspector General of Police, Dr. George Akuffo Dampare.

Speaking at a public lecture at the Kwame Nkrumah University of Science and Technology on Friday, the IGP said his outfit is looking forward to a period where virtual police stations will become common.

“You just make your complain virtually and then we will send you all the information. And we can even virtually also invite the suspect which is data processing,” Dr. George Akuffo Dampare said.

The Inspector General of Police further explained, “And we evaluate and think that it is something that we can virtually do it than to show up at the police station and be unattended to and all that. So, we have a lot of work to do, but internally with a press of a button you can send messages to every police officer across the country instantly.

“From headquarters to regional level we send documents electronically that we need not to find people to come pick it up and do that.”

Under his leadership as the IGP, Dr. Dampare has set his sight on changing how the public sees the Police.

He has been highly against the tag of corruption in the Police and has been engaged in various interactions with communities since becoming the IGP to get the people closest to the police.

Where are DISECs in this whole galamsey brouhaha – Otumfuo q...
13 minutes ago

Akufo-Addo announces plan to establish Tourism and hospitali...
13 minutes ago