Video: I 'broke' the law with NPP influence to release TESCON President from police cell in the night — Chairman Samba 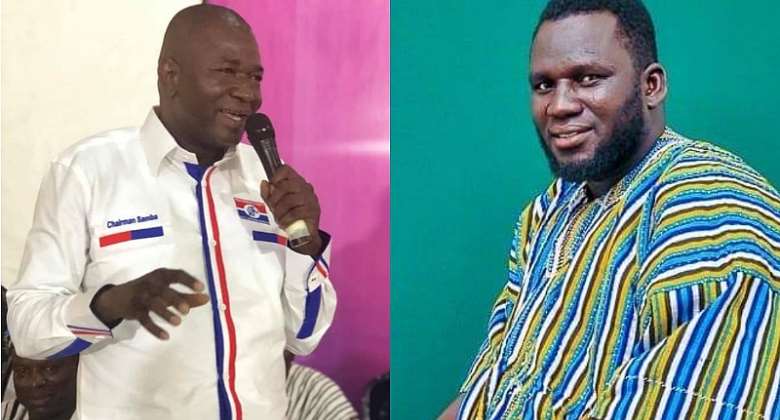 The New Patriotic Party NPP Northern Regional Chairman, Mohammed Bantima Samba has claimed that he used the party's influence to release the TESCON president from police custody two days ago.

He said this when he was addressing the members of the group on TaTU campus yesterday, August 11 following the suspension of the NPP activities by the group members as a result of the arrest of the TESCON president, Sayibu Ibrahim over a comment regarding the Northern Regional Minister's dress on Facebook.

According to the regional chairman, it is not allowed to seek bail for a person arrested by the police in the night.

He indicated that he was able to use the party's influence to secure bail for the TESCON president.

"So when I heard the news one of my darling boys was in police custody, I said that it will never happen. Ghana has a constitution, and the police have their principle - do not bail somebody in the night. But chairman Samba broke it (the law)", the NPP chairman brags.

The Northern Regional Minister, Alhaji Saani Alhassan was accused by students of Tamale Technical University (TaTU) of allegedly causing the arrest of their colleague, Sayibu Ibrahim who doubles as President of the Tertiary Students Confederacy (TESCON).

Members of TESCON later called for the suspension of all activities related to party on the campus.

They said at a press conference by the group on the TaTU campus on Thursday, demanding an unqualified apology from the Northern Regional Minister and the entire NPP executives over the arrest of the TESCON president.

Speaking to journalists on behalf of the group, Agoni Elijah described the arrest of the president as "unlawful", saying it could be likened to a kidnap.

"We as TESCON members TaTU chapter, wish to express our displeasure and disgust of unlawful arrest of our industrious president on Wednesdays, 10th August, 2022. We wish to state categorically that, the arrest was despicable, unconstitutional, illegal and could be likened to a kidnap", master Agoni said.

The group said the allegations that the TESCON president led his colleagues to attack a UDS female student identified as Alia Mohammed was a calculated attempt to tarnish his reputation.

"This unlawful arrest was orchestrated by the regional minister, Alhaji Saani Alhassan since his car was used to perpetrate the illegality. We want to bring to the notice of the party that if TESCON members continue to be subjected to this inhumane treatment, we will be forced to suspend party activities on TaTU campus. We however call on members to stand down on party activities", the group alleged.

For the intervention of the Assin Central MP, Kennedy Ohene Agyapong, National Chairman, Stephen Ntim and the party's National Organiser, they noted that their colleague would have stayed in the cells.

Bawku Conflict : NMC cautions against "weaponization" of med...
55 minutes ago