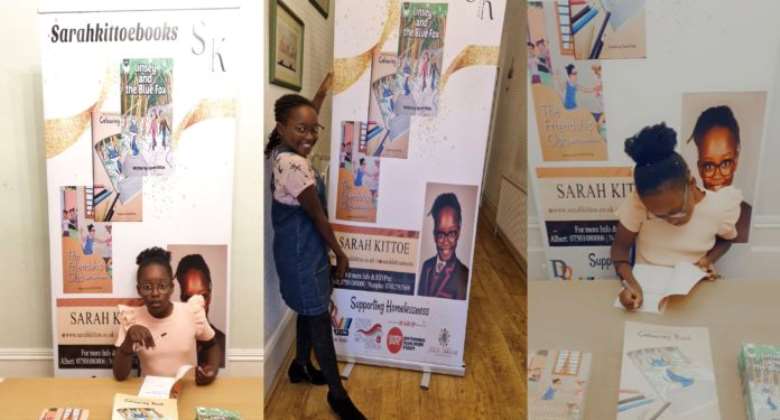 Sarah Kittoe, a nine-year-old British child with Ghanaian and South African parentage has become the toast of her Croydon community in London for writing two story books for children and one colouring book for toddlers.

The two books, published by Kolan Creative Services are "Friendship Club and Other Stories", which has three stories on 36 pages, and "Lindsey And The Blue Fox", which has 20 pages. The colouring book for toddlers has 38 pages of just plain pictures of all the stories in the two books, waiting to be coloured.

But there is more. At her young age, Sarah was smart enough to add a touch of suspense to one of the books, "Lindsey And The Blue Fox", with an intention to make it a series rather than just a one-time book.

The launch of the three books is set for Saturday, August 13, 2022. It will be attended by the Mayor of Croydon, Jason Perry, and Seyi Obakin OBE, the CEO of CentrePoint, a youth homeless charity chaired by Prince William.

Sarah is only in year 5 at Arc Oval Academy, but she wrote the books when she was in year 3 and was age 7. 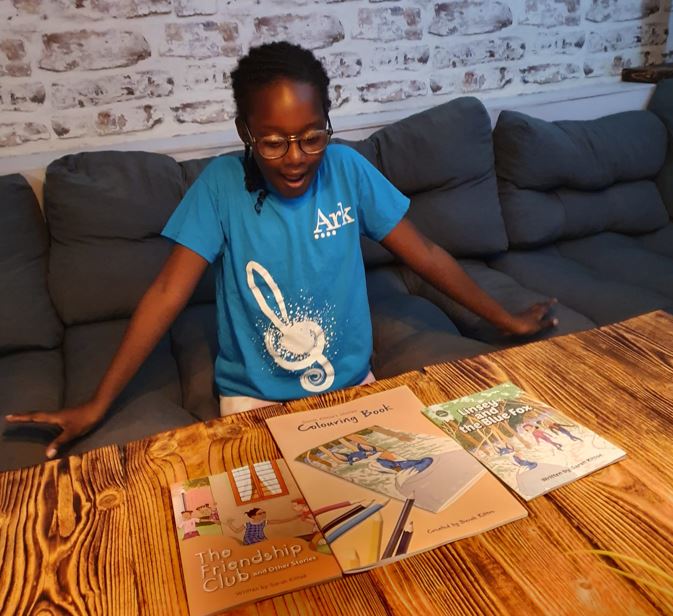 Sarah Kittoe is excited about the first copies of her books

At that young age, Sarah says her vision is to "encourage young people within the ethnic minority to read more relatable stories and write their own stories."

On what inspired her to write the books, Sarah said her inspiration was her family life values, experiences from school, travelling to different places to explore different environments and food and the zeal to challenge inequalities in society.

"My love of writing and encouraging other kids to write is also a great inspiration for me," she added.

The kid author also dropped a hint about what she called "a very special book" in the making. 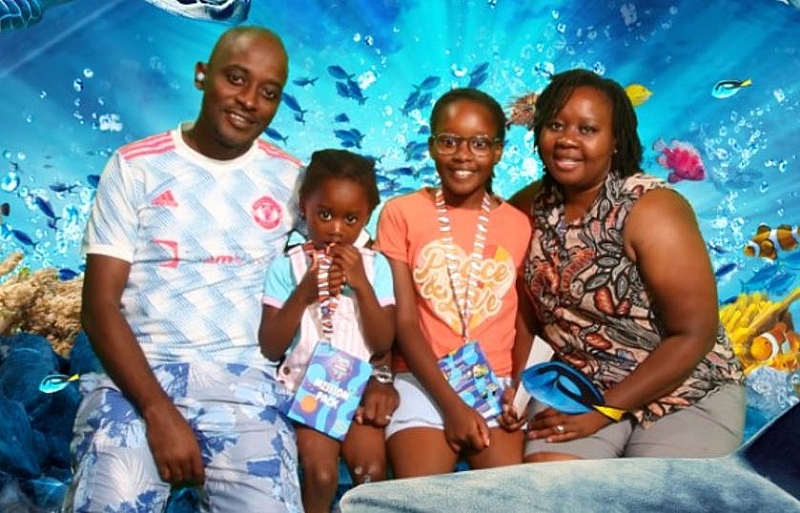 Sarah is the first-born daughter of a Ghanaian-born British dad, Albert Kwame Kittoe, and a South-African-born British mother, Nozipho Kittoe. She has a little sister, Mary.

Meanwhile, she has plans of coming to Ghana soon to introduce her books and interact with her fellow kids in her dad's motherland. She has already been featured on TV3's Kids Arena via Zoom and the station has committed to hosting her life when she comes to Ghana.

Sarah's dad, Albert Kittoe simply said "that girl is something else and even we as parents are still living in wonderland watching her exhibit that level of smartness, clear vision and care for humanity at the age."