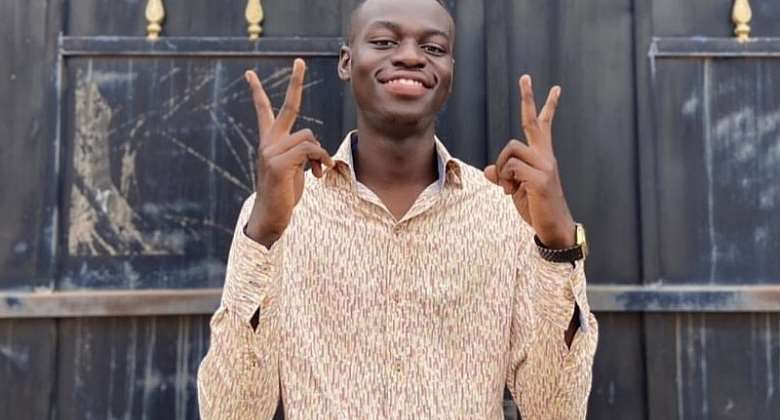 A first-year student of the Ghana Institute of Journalism (GIJ), Moses Desire Kouyo, affectionately called MDK or Mr. President, has earned the most prestigious student journalist of the year nomination in the upcoming Universal Merchant Bank Ghana Tertiary Awards.

His journalistic agility, as well as the notable accomplishments he has achieved in the field of student journalism since his debut in February, make his nomination undeniable.

He sailed through the nomination process, thanks to his experience with media outlets such as 1957 Media, City Scoop, and others.

Following the nominee announcement, he told Modernghana news that "this is my first year in journalism, and it is so refreshing to receive such an honour. I will do everything in my power to win this award, and I will need your assistance to do so."

The prospective broadcast journalist adds, "Details on how to vote will be communicated soon. Thank you for all your support and love. Together we will change the world.”

The Ghana Tertiary Awards sponsored by Universal Merchant Bank (UMB) are held annually and aim to provide tremendous recognition to approximately 300,000 students from roughly 340 tertiary institutions as a stepping stone to match their skills in their various sectors.

The 9th edition will provide Moses Desire Kouyo with enticing offers such as mentoring programs, job opportunities and plaques plus certificates if his exceptionality, particularly in the field of student journalism, propels him above all.