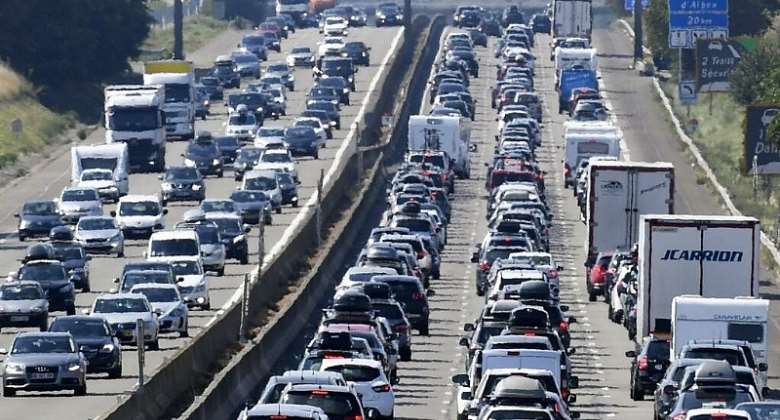 The traffic congestion is expected to peak this Saturday on all major roads and motorways – particularly in the south-sast of France – as motorists hit the highways for the Assumption holiday.

It is widely expected that there will be traffic jams all weekend in Auvergne-Rhône-Alpes and on Mediterranean motorways, as French holiday makers take to the road for the long weekend.

In the return direction, the day has been classified as "orange" on a national level and "red" in the south-ast.

By Saturday, the traffic will be very difficult on all main roads, in both directions.

'Black traffic' on the Mediterranean

Traffic will be lighter for the rest of the weekend, with a "green" Sunday in both directions, except in the south-eastern quarter of the country.

Monday 15 August - a public holiday - is also expected to be free flowing in both directions, except in the Ile-de-France.

Bison Futé recommends people returning to the Paris region should do so before 2pm.