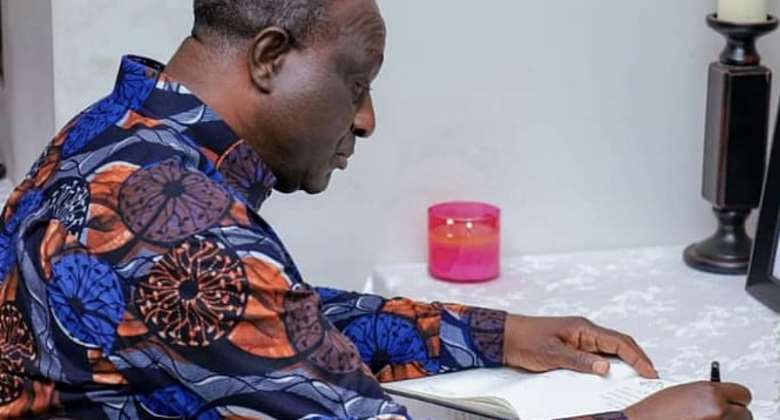 The Minister for Trade and Industry, Alan John Kwadwo Kyerematen on Wednesday, August 10 stormed the residence of Citi TV/FM’s Bernard Koku Avle to commiserate with him over the passing of his wife.

The Minister, who has already taken to his official Facebook page to sympathize with the journalist once again, penned down his signature in the book of condolences in honour of the late Mrs Justine Avle.

Mr Alan Kyeremateng on his Facebook page after his visit on Wednesday seen by Modernghana News, wrote, “I conveyed my sympathy to the Avle and Senuvie families, today, through the signing of the condolence book in honour of Mrs Justine Avle.”

He adds “My thoughts and prayers are with Bernard, their children, family, and loved ones. God rest her soul.”

It's been a week since the demise of Mrs Justine Avle, the wife of Bernard Koku Avle, General Manager of Citi FM and Citi TV on Thursday, August 4.

She died on the evening of Wednesday, August 3.

The award-winning journalist, Mr Avle host of the Citi Breakfast Show on Citi FM and Point of View Show on Citi TV, married Justine in 2011.