Ban on Radio Ada: We encourage both parties to solve their issues amicably — GJA 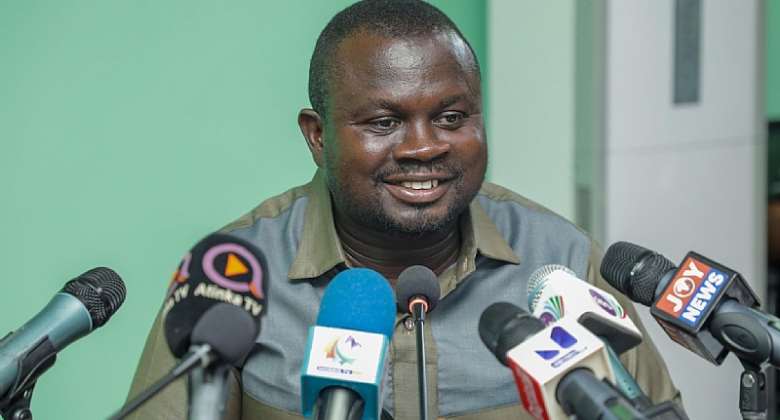 In the heat of the ongoing impasse between a community radio station, Radio Ada located in Ada in the Greater Accra Region and the Traditional Council of the area, the Ghana Journalism Association (GJA) has called for cool heads.

The Ada Traditional Council, describing as "insulting" and "disrespectful" language used by the programme hosts of Radio Ada against Neneme, the head of the Traditional Council and the entire council, barred them from covering this year's Asafotufiami festival.

The blacklisting started when they were denied protocol for the official launch of the Asafotufiami festival on July 30.

The stations made a follow-up inquiry into why they were left out, which turned positive at the initial conversation, only for them to receive a notice indicating:

“1. Radio Ada will not be allowed to mount a stage at Ada Asafotufiami Park

2. Neneme ( the Head of the Traditional Council) will not grant interviews to journalists from Radio Ada.

3. Noah Dameh, Serwah Warri and AmanorDzeagu who happen to be hosts of programmes with an unrefined language towards Neneme are not to be seen at the park in Radio Ada paraphernalia.”

Even though the Association condemned the Ada Traditional Council's decision to ban Radio Ada from covering this year's Asafotufiami celebrations in the town, Mr. Albert Dwumfour, President of the GJA, encouraged both parties to settle their differences amicably.

Speaking at a press conference held today, Thursday, August 11 at the International Press Centre, he stated, “We wish to encourage both the Ada Traditional Council and the management of Radio Ada to find amicable ways of resolving their differences. We urge them to consider each other as partners in development and work together to promote development in the area.”

He reiterated “The GJA is interested in seeing peace restored between the Ada Traditional Council and Radio Ada.”

The GJA also revealed that while the issue is yet to be resolved, it has made arrangements for the Ghana Police Service to offer protection to the workers of the radio station in the exercise of their duties.

Deaf Association calls for deaf-friendly curriculum for deaf...
8 minutes ago

‘Something is wrong somewhere’ — Otumfuo wonders why galamse...
8 minutes ago