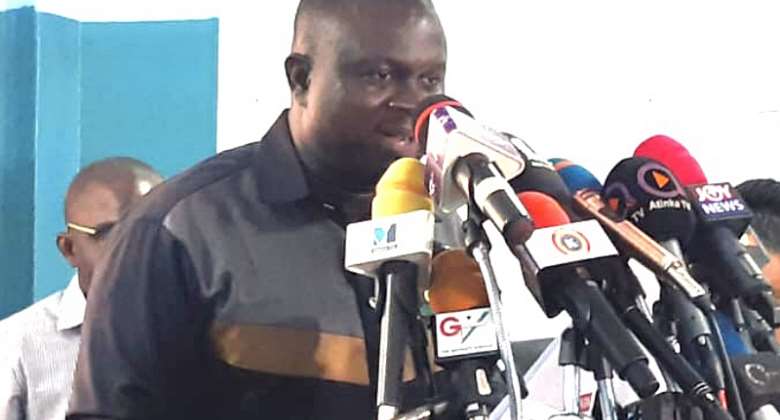 The Ghana Journalism Association (GJA), has condemned the ban imposed on Radio Ada by the Ada traditional Council ahead of this year's Asafotufiami celebration.

The blacklisting started when they were denied their 24-year-old protocol for the official launch of the Asafotufiami festival on July 30.

The station’s management made a follow-up inquiry into why they were left out, which turned positive at the initial conversation, only for them to receive a notice indicating:

“1. Radio Ada will not be allowed to mount a stage at Ada Asafotufiami Park

2. Neneme ( the Head of the Traditional Council) will not grant interviews to journalists from Radio Ada.

3. Noah Dameh, Serwah Warri and AmanorDzeagu who happen to be hosts of programmes with an unrefined language towards Neneme are not to be seen at the park in Radio Ada paraphernalia.”

This action, metered on the journalists and the entire Radio Ada, according to the GJA’s President, Albert Kwabena Dwomfuor, at a press conference today, August 11 is unjustifiable and an affront to their freedom as journalists.

“While appreciating the concerns of Neneme as indicated above, especially what they described as "unrefined language" used to address them by programme hosts of the radio station, the GJA believes the imposition of restrictions on the radio station and its reporters is unjustifiable.

“In fact, it is an affront to press freedom as guaranteed in Article 21(1)(a) and (f) of the 1992 Constitution of the Republic of Ghana and Article 19 of the Universal Declaration on Human Rights,” Mr. Dwumfuor said.

He continued that “However, the Ada Traditional Council violated the rules on complaint settlement of the NMC per the imposition of restrictions on the radio station and its reporters. Section 13(2) of the National Media Commission Act, 1993 (Act 449) provides: 'A person who has lodged a complaint with the Commission shall unless he withdraws the complaint, exhaust all avenues available for settling the issue by the Commission before a recourse to the courts'."

Mr Dwunfour stressed, “Since the complaint by the Ada Traditional Council is still pending, and has not been withdrawn, the Council violated the NMC rules of engagement for complaint settlement by constituting itself into a traditional court to punish the radio station and its staff."

He calls on the Ada Traditional Council not to take the law into its own hands, urging it to endeavour to use the due process of law to address its concerns.

The GJA President urged the Council to refrain from actions that have the tendency to endanger the lives of the radio station and its staff.

To the staff of Radio Ada, the GJA said, “We also advise Radio Ada and its staff to refrain from using insulting or unacceptable language in the discharge of their duties. They should endeavour to exhibit high professional standards at all times. We, however, encourage them to continue to discharge their constitutional mandate as provided in Article 162(5) of the 1992 Constitution to hold the responsibility and accountability of the government to the people of Ghana. They must continue to play the watchdog role of the media in the interest of the people.”