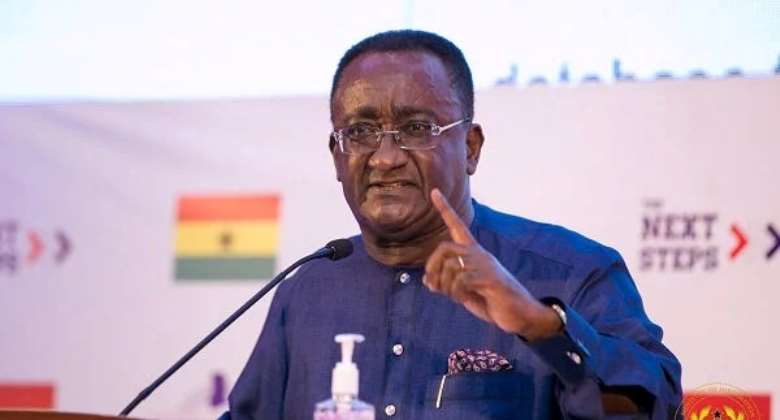 The Minister of Food and Agriculture, Dr. Owusu Afriyie Akoto is confident he has done a very good job since taking over the sector.

According to him, he is not paying attention to critics who want to see him fired by H.E Nana Addo Dankwa Akufo-Addo.

He says he is in the good books of the President.

Speaking to TV3 on the New Day programme on Thursday, August 11, Dr. Owusu Afriyie Akoto stressed that he is not perturbed by backlash from his critics but rather focused on executing the job at hand.

“If your boss thinks you are doing a good job, why not. The person who appointed me is the one who can sack me. If somebody asks for me to be sacked, he is not the appointing authority,” the Minister of Agric indicated.

He further opined that since becoming Agric Minister, the sector has enjoyed a lot of success, especially in the area of Planting for Foods and Agriculture.

“From what I have given you this morning, the work at the Ministry of Agriculture is strong and unprecedented. If you go back 30 years, look at the rate of growth of agriculture and you will see exactly the objective assessment of what I am saying.

“We are very proud of what we are doing for mother Ghana in these crisis, yes global crisis where everybody is suffering food shortage, people are coming into our country to raise surpluses, that should be a big achievement,” Dr. Owusu Afriyie Akoto argued.

The Minister is one of the leading members of the ruling NPP seeking to become a flagbearer to lead the party in the 2024 presidential elections.