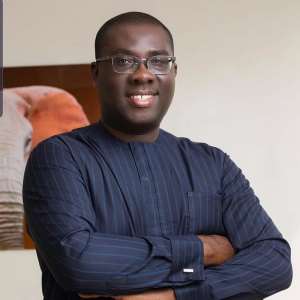 The Management and Staff of the National Lottery Authority (NLA) have applauded the progressive managerial capabilities of Mr. Samuel Awuku over the past year which has seen the authority undergoing a major transformation that has turned its fortune around.

Mr. Awuku was appointed as the NLA Director-General in August last year and has managed to pilot the authority through the storms, and bad weather as part of the transformation strategy, which has yielded positive results as unpaid wins which amounted to about GHS14,000,000.00 have almost been cleared within a year. While the Authority is yet to hit the figures it desires, the sales are no more declining.

In fulfillment of its agreement with the Veterans Administration Ghana (VAG) NLA has purchased a cross-country vehicle for VAG and pays a monthly sum of GHS120,000.00 including other auxiliary costs.

NLA also presented a cheque of GHS 10,000,000.00 to its supervisory ministry, the Ministry of Finance in support of the YouStart programme.

A statement issued by the NLA Public Affairs Department and copied to the Communication for Development and Advocacy Consult (CDA Consult) in Tema to commemorate the first anniversary of the appointment of Mr. Samuel Awuku as its Director-General stated.

The NLA management and staff also acknowledged another major accomplishment of the current Director-General as dealing decisively with the activities of illegal lottery operators, stepping into the fast track lane to stop the dwindling sales, and settling unpaid wins.

The NLA under the past Director-General was bedevilled with unfair working conditions, static grade levels with no promotions, delays in the payment of salaries, unpaid allowances, and an unhealthy relationship between the Management and Staff culminating in a hostile environment, but Mr. Awuku employed skillful negotiations mechanism to restore hope in the workers.

“One of the first things Mr Awuku noticed on assuming office at the NLA was the animosity between the Union and Management and a generally polarized environment split along political lines.

“While this could play to his advantage as a politician, he chose to be the unifying force. I knew I had to bring back the love to get the Authority to work again,” the statement stated.

According to the NLA statement, Mr. Awuku through dialogue and several negotiations devoid of hostility between Management and the Union, the gap gradually narrowed now we have a conducive working environment.

This led to the signing of the Public Services Commission Review Report, which gave all Senior and Junior Staff upward adjustments in salaries and grades.

The statement said the signing of the report meant each member of Staff had an equal opportunity to rise to eliminate a culture of nepotism and cronyism, “unpaid allowances and bonuses of Staff were also paid, team bonding initiatives and activities like the Employee of the Month Recognition scheme and Customer Service Week have been instituted to boost the morale of Staff”.

According to the statement, “ultimately one cannot lose sight of the fact that in the past one year, the NLA in spite of the challenges it grapples with has made great strides under the leadership of its Director-General, Mr. Samuel Awuku”.