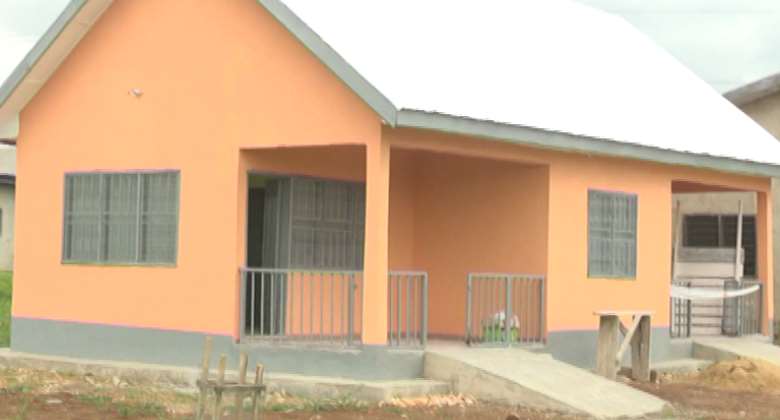 The expanded health facility at Tindonsobligo

A renovated CHPS Compound and an expanded facility has been handed over to the people of Tindonsobliga through the Municipal Health Director of Health in Bolgatanga the Upper East Region.

The renovated CHPS compound, the expanded facility and a borehole incurred a total cost of One Hundred and Eighty-Six thousand, Three hundred and eighty Ghana Cedis (GHc 186.380), funded by the District performance Assessment Tool (DPAT).

The comes with a delivery room, laying room, records and minor repairs room with a borehole.

Speaking to ModernGhana News, the Bolgatanga Municipal Chief Executive Rex Asanga said health is one of the Assembly’s priorities and will not renege even in the midst of scarcity.

A representative of the Tindonsoligo Tindana commended the Municipal Assembly for choosing their community for the facility. He noted that health is key in the lives of the people in every community indicating that the Tindana and the Tindonsobligo people were grateful. He therefore appealed for completion of nurses’ residence which is about 90 percent complete.

The Municipal Health Director, Stephen Bodortsiah who received the keys to the facility on the behalf of the community urged community members to own it and support the health personnel there to provide quality healthcare services to the people.