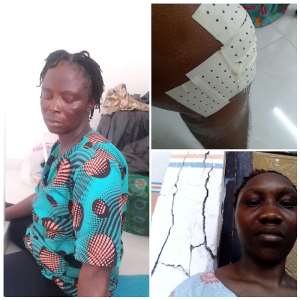 Why are some people so wicked? Why do they keep others in bondage? Are they not aware of the United Nations Protocol to Prevent, Suppress and Punish Trafficking in Persons? These questions are tailored to put into context the abuse of Liberian women in the Republic of Oman. They were deceived or coerced into modern-day slavery by human traffickers who created the illusion of prosperity on the coast of the Arabian Peninsula – thousands of miles from West Africa.

Human trafficking is extremely abusive. It takes away a person’s autonomy or right to self-determination. The victim becomes the “personal property” of the trafficker. The United Nations defines Trafficking in persons as: “The recruitment, transportation, transfer, harboring or receipt of persons, by means of the threat or use of force or other forms of coercion, of abduction, of fraud, of deception, of the abuse of power or of a position of vulnerability or of the giving or receiving of payments or benefits to achieve the consent of a person having control over another person, for the purpose of exploitation”.

The three most common types of human trafficking are forced labor, debt bondage, and sex trafficking. Many experts believe that forced labor, also known as involuntary servitude, is the biggest in this evil triangle. It is commonplace that some gullible societies overlook the violation when individuals are compelled to work against their will. Debt bondage exists where an individual is held to work until an obligation is satisfied. Sex trafficking, which I believe is the most gruesome, mostly affects women and children from poor families. The victims are drugged, abused, and forced into prostitution. Children are also pushed into the horrible arms of sexual predators and sadists around the world.

The last known open act of slavery or human trafficking in Liberia was the Fernando Po Crisis, 1926-1940. The League of Nations found that the shipment of laborers to the Spanish Island of Fernando Po was consistent with slavery because of its involuntary nature. The Liberian Frontier Force acted under the directives of President C.D.B King to institutionalize forced labor.

From the 1940s up to the late 1980s, Liberia did not experience human trafficking near the scale of Fernando Po. However, the Liberian civil war ended the era of respect for human dignity. Human traffickers took advantage of a post-conflict country facing economic challenges and weak rule of law. The Global News Network (GNN) Liberia, FrontPage Africa, and other media institutions recently reported the abuse and enslavement of over three thousand (3000) Liberian women in Oman and other parts of the Middle East. They were taken away by traffickers who prey on the social and economic vulnerability of women and children across Africa.

The United States government is leading the global effort against trafficking in persons. They have acknowledged some steps taken by the administration of President Weah to end human trafficking. According to the US State Department Report for 2022, Liberia was upgraded from Tier 2 Watchlist to Tier 2 citing that “the government demonstrated overall increasing efforts compared with the previous reporting period, considering the impact of the COVID-19 pandemic on its anti-trafficking capacity.” In furtherance, the Resident Judge of Criminal Court “E” at the Ninth Judicial Circuit, Cornelius Wennah, was named Anti-Trafficking in Persons (TIP) Hero by the US Secretary of State Anthony Blinken. The Judge is on record for pushing the authorities to consider the participation of traditional leaders and civil society actors in the fight against human trafficking. While working at the Ministry of Justice, he prosecuted seven trafficking cases. The US government praised the Liberian Judge for assisting the International Development Law Organization to develop an international-standard-level human trafficking training curriculum for judges, prosecutors, and law enforcement personnel, all to raise awareness and strengthen justice sector actors’ capacities to prevent and address human trafficking. Judge Wennah was instrumental in the development and adoption of a trafficking bench book for judges and a handbook for law enforcement and prosecutors.

The aforementioned achievements, including the setting up of a Task Force and a Special Anti-Trafficking Unit at the Liberia National Police, are laudable but insufficient. The voluntary participation of all Liberian women remains indispensable. Only a collective approach can put an end to this scourge. Liberian women must buttress the efforts of the governments of the United States and Liberia by engaging in civic education about the danger of Trafficking in Persons. This is the most effective way for Liberia to reach Tier 1 – fully compliant with the minimum standards for the elimination of severe forms of trafficking in persons.

Liberian women must stand together regardless of tribe, religion, or political affiliation. You must unite against the crime of human trafficking. The torture of Liberian women in Oman is unacceptable and must stop!

Amb. Rufus Dio Neufville is the Executive Director of the People Action Network and a former Member of the House of Representatives, Republic of Liberia. He can be reached at [email protected] .

Where are DISECs in this whole galamsey brouhaha – Otumfuo q...
45 minutes ago

Akufo-Addo announces plan to establish Tourism and hospitali...
45 minutes ago